Media all over the world, innumerable countries and NGOs are always trying to arouse sympathy for the “unfortunate Palestinians,” sic.  Rather ironically, or more accurately illogically, what we’ll call “the world” likes to refer to the Arabs they have named “Palestinians,” sic, are not one group.

Those who live in or near Gaza call themselves “Gazans,” and those who live east and west of the Jordan River consider themselves entitled to use the name “Palestinian,” though they are far from being a united group at all. They come from all different places. A large percentage are descended from Syrians, Lebanese, Egyptians, Saudis, further afield or have been nomads for more than centuries. Their great-grandparents were attracted to this part of the world because of the economic opportunities brought by the Jewish Zionists starting a century and a half ago.


They can never be equated with the Jewish People who practice a religion that is centered on mourning the loss of our Land, Jerusalem-based Holy Temple and the agricultural seasons here in the Holy Land. Our Jewish Calendar and Holidays follow planting and harvest times.

It doesn’t matter how much money and how many “advisors” the various countries and NGOs send to help the Arabs, since not only is corruption the dominant characteristic of their way of “governing,” but they have no genuine desire to establish an independent viable united country. So when a newspaper/site, whether the Jerusalem Post or the NY Times or CNN has a headline like “ ‘GAZA INFRASTRUCTURE NEARING COLLAPSE’,” you should know that it’s just a request to waste more money into the crooked leaky buckets that support terror against Israel and abuse their own residents.

Stop falling for the lies. There is only one nation/people truly native and deserving of a state here, the Jewish People!

We Con The World! Caroline Glick and Latma, we miss you! 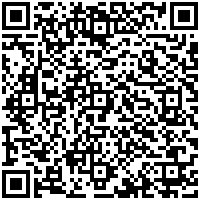