Home Blogs Shiloh Musings Shiloh Musings: This Wave of Arab Terror Won’t be Over So Quickly
Share on Facebook
Tweet on Twitter
Here in Shiloh, we’re in the midst of celebrating thirty-eight 38 years of renewed Jewish Life in Shiloh, the very first Jewish Capital in the Land of Israel, during Biblical Times. Last night at the big discussion held after the “Leil Shabbat,” Friday night Shabbat meal, one of the younger residents asked about the relations with nearby Arabs in the very early days of the community. He and others were surprised that in the late 1970’s here in Shiloh and the other Benjamin and Samaria communities and even earlier than that in Hebron, there were excellent relations between Arabs and Jews.

Post 1967 Six Days War, after we (Israel) very quickly and relatively easily defeated Jordan, Syria and Egypt, the local Arabs feared and respected us. There were occasional attacks, but on the whole, it was clear to all that Israel was ruling and the Arabs had to learn to accept it.

Basically we all agreed that the turning point for Israel, when things began getting bad, was Menachem Begin’s Camp David Agreement with Egypt, giving Egypt the Sinai and destroying all of the Jewish communities that had been established there. That’s when the Arabs realized that we were a bunch of weak idiots, and they voted in more extremist leaders, and then Israel made more bad policy moves, and since then things have been snowballing in the wrong direction fast and furiously.

Now we have young teenage Arab terrorists who fear neither us nor their parents, and it’s going to get harder and harder to stop them.

Honestly, I do think that on the spot execution is best. I don’t want to have us housing more terrorists, and they should not be tried as criminals. If they come to kill, like this one did, then they should be prepared to die. The State of Israel must work hard to undo the decades of damage done since Camp David. All of the peace sic agreements and gestures to the Arabs have only made them trust us less and support the terrorists more. 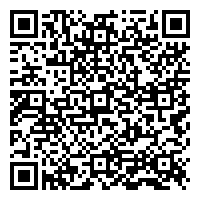