Home Blogs Shiloh Musings Shiloh Musings: What Do They Have Against Rami Levy?
Share on Facebook
Tweet on Twitter
Photo Credit:
When I got home from work today, I turned on the Israeli News programs and kept switching to find something interesting. Suddenly I realized that there was a nasty fighting “discussion” about Rami Levy, yes the owner of the big discount supermarket chain, of which Yafiz, the clothing store where I work is associated. It’s owned by Rami Levy’s daughter.

Apparently one of the news programs had done some sort of “expose`” to make him look bad. One of the negative points was that workers are paid minimum wage, unlike some other supermarket chains, which is a reason why many Jews won’t work for such and low salary, but many Arabs are willing to work there. Someone who either works for him or had worked for him was trying to defend him, but the poor guy kept losing his cool as the “tv journalists” kept attacking every word he was trying to say. One of his points was that if Rami Levy paid his workers more two things would happen:

Both points are true. But besides that, I’d like to tell you a true story, one of those few know. Today at work, the store manager was given a message:

“There’s going to be some people coming to buy a boy an outfit to wear to his Bar Mitzvah. Rami Levy says to give him whatever is needed on him.”

So, my boss checked it out and found out it’s legitimate. When the group came with the boy, he was fitted out with new clothes, head to toe.
A couple of years ago, we had a different story. There was a young girl whose family had boughther a gorgeous new Shabbat (dressy) outfit in our store. When she was wearing it, an Arab terrorist attacked her. The outfit got ruined. When the girl recovered, and her family planned a big celebration, she said that she wanted to wear the same outfit. They called the store. In order to get it we had to contact the manufacturer, since we didn’t have her size anymore. When the head of the Yafiz chain heard, the outfit was given to the girl as a gift.
These things happen all the time. It’s just that most of the time, nobody knows. Now you do.
Advertisement 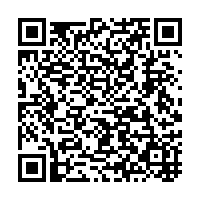