Lihavdil, it reminds me of the Christian proselytizing of “unbelievers.” In contrast, if someone wants to convert to Judaism he/she must literally beg and do one’s best to convince the rabbis to take him/her on as a potential Jew.


IMHO the secular Left suffers from an insecurity, since their religion/ideology keeps changing with the seasons. And they never know who’s going to ask too many questions and end up taking on traditional Judaism and/or Right views.

What is known today as BT- Ba’ale Teshuva, “masters of return,” began in the 1960’s a generation or two after it had looked like most Jews had jumped ship in their enthusiasm to assimilate into secular and non-Jewish society.

I’ll never forget the shock and dismay when I began taking on Torah Jewish aka Orthodox practices/mitzvot. My parents had been certain that they had saved us from the restrictions and difficulties that strictly observing Judaism would cause us.  They were also on the political Left; I remember their disappointment when Eisenhower defeated Stevenson in the 1956 USA Presidential Elections. They’d be horrified to discover that I’m on the Right also politically.

Ironically, the “wild” 1960’s in its search for truth, simplicity and the intolerance of hypocrisy facilitated my increased connection to Judaism in every way. I couldn’t abide being a part time or just Jew “in name” living outside of the Holyland.

I can tell my story, but I can’t imagine trying to brainwash or convince anyone to live how I do. It is something one must reach on one’s own. You must be ripe for it, like the difference between a ripe fruit and one that isn’t edible.

Gd willing all Jews will find themselves ready to lead full Jewish lives in the Land of Israel. 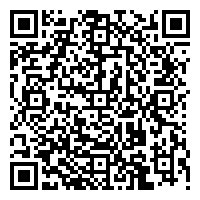