Here in New York with Presidential Elections less than a year away (just 10 months) and the primaries about to get fast and furious, it seems like many of our friends and family consider political outsider Donald Trump to be a sure/done deal to head the Republican ticket. It’s not that everyone is happy about it, but his campaign has a certain tsunami type feel to it.

They also take for granted that the Clinton Machine will get Hillary in without any real problems. IMHO a lot will ride on their VP choices.


Does anyone have an idea who they will be?

Will Trump go for a wily politician to counter his outsider status, sort of like JFK did in his choice of Johnson who after the Kennedy assassination was the one who managed the impossible of passing the Kennedy-credited legislation?

And will Clinton go for someone younger, ok everyone is younger, to counteract her over the hill image?

Will this be the first election in decades in which the “Jewish vote” is irrelevant? That was why I wrote Israel Suddenly Unpopular with Presidential ‘Wannabees.’ 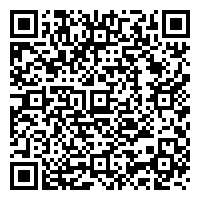