For years decades, I’ve been trying to explain how there is a very strong difference in the values, the morality in Arab society versus Israeli Jewish and what’s known as “Western society.” What I’m saying isn’t racist, it’s pragmatic based on facts.

Just look at the facts, the numbers, the statistics and you can see which society produces the most per capita or proportionate terrorists.  And also listen to the responses of the parents and society to acts of terrorism. Also, check out the school and informal education curriculums in all societies. What is promoted and praised?

That makes the posts on the excellent satirical site PreoccupiedTerritory so REAL!

2015 Class Of Palestinian Child Soldiers Looking Promising“I will kill every Zionist pig I see, and liberate my land with blood and fire,” he added, his voice cracking, whether from emotion or puberty.Gaza City, July 20 – Ghasseb Hatib hopes to be drafted in one of the first few rounds when Hamas and other Islamist militant organizations begin their recruitment this week for next season’s round of conflict with Israel, but he faces stiff competition. 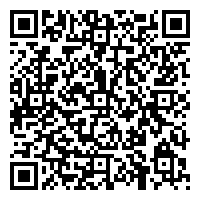