This recent “wave” of Arab terror here all over Israel has become too vast to keep track of. As usual, the media is trying to play it down and only reporting the big damaging attacks. Way back when, almost twenty 20 years ago when I was injured by an Arab terrorist, the police and politicians tried really hard to prove that the Arab terrorist had run over us, including murdering one woman, accidentally. So, unfortunately, nothing’s new at all.

The only thing “new” is that the percentage of Arab terror attacks that have not been in Judea/Samaria is high. This proves two things:

Last night when I came back from a lovely wedding in dangerous Jaffa, the site of one of the recent terror attacks, I turned on the Israeli television news. Yes, I’m becoming a masochistic news junkie.  I was totally horrified to see that they interviewed the extreme Left anti-Israel Arab terror sympathizer pro-Hamas MK Haneen Zoabi, giving her lots of screen time to spout her outrageous and seditious views. Instead of being allowed on our state supported television programs she should be jailed in solitary confinement, completely forbidden visits, telephone, internet and social media.
Advertisement


On the ride back home I heard from family members who had visited some of the mourning families, those who are sitting shiva (weeklong Jewish mourning) for those who were murdered by those who Zoabi sympathizes.

Why don’t we have politicians willing to be true leaders willing to do all for our country and our security?
There will not be peace until we have a strong confident government which won’t kowtow to foreign leaders and dangerous ideas!!
Advertisement
Loading Facebook Comments ... 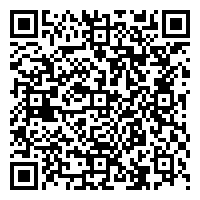