As a long time American olah, immigrant in Israel, I just don’t get the point behind the planned protests during Republican front-runner Donald Trump’s appearance at AIPAC.

Everyone knows that Trump’s speaking style is to exaggerate and to speak in headline grabbing ways. When it comes to his policies, they aren’t what the headlines reported.
And everyone knows that politicians lie and promise pretty much anything if they think it will give them more votes. When they finally get into office, they rarely keep their campaign promises. So I don’t think that anyone should get so concerned about the Archie Bunker style talk. It’s no more real than all those United States Presidents who had promised to support moving the U.S. Embassy to Jerusalem.
The only topic Donald Trump has been rather quiet about has been Israel and the Middle East. He has admitted that the more facts he hears it’s not easy to decide what he thinks. Trump hasn’t repeated the usual mantras that make American Jews feel “loved.” Considering that they are just “mantras,” slogans –LIES– that produce cheering crowds and not real policy, BIG DEAL. Why should American Jews keep on believing the same lies over and over again?
Maybe if Trump is elected he’d spend more time on America’s problems and keep out of my neighborhood. That would be nice. Because one thing for sure, whether Hillary or Bernie, it would be very bad news for the State of Israel!
Advertisement 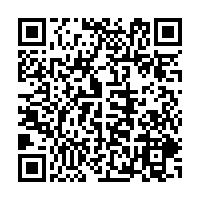