The American and Israeli Leftist won’t let the issue die. They are campaigning hard against Prime Minister Binyamin Netanyahu. They don’t want to see him in office any longer. The fact that the Republican John Boehner invited Netanyahu to speak to Congress about the Iranian nuclear threat, without the approval of United States President Barack Hussein Obama has them livid and loaded with weapons to use against Bibi.

Netanyahu is likely to note that a deal that keeps Iran on the edge of nuclear capability will ignite an arms race among America’s longtime Arab allies: oil-rich Sunni gulf states such as Saudi Arabia and the UAE, which fear Tehran just as much as does ­Netanyahu.
In this, he would echo one of the president’s own former military commanders, retired Marine Gen. James Mattis who says the options will be “very bleak” if Iran comes away from any US deal with its nuclear program intact.
Apart from the president’s desperation to produce some policy triumph in the Middle East, he is no doubt thinking Iran will be an ally in the fight against the Sunni terrorists such as ISIS.
Talk about rose-colored glasses: Sen. John McCain rightly calls the idea that a deal with Iran means we’ll all be working ­together ­“delusional.”
In recent weeks alone, Iranian-backed forces have taken the capital of Yemen; Iranian-backed Hezbollah has killed two Israeli soldiers; Iran’s influence in Iraq grows while America’s declines; while in Iran itself the nation is about to put a Washington Post reporter on trial.
So forget Netanyahu the messenger. Far more critical is the timely message about Iran he will deliver. (NY Post)

Yes, in Israel there’s an election campaign going on. The Israeli Left, backed by American funding, is pulling no punches in their campaign against the Likud and its leader Prime Minister Binyamin Netanyahu. This is a street fight, not one of those highly regulated Olympic wrestling or judo matches.

Deputy ministers Tzipi Hotovely and Ophir Akunis, MKs Miri Regev and Yariv Levin, and Prime Minister Benjamin Netanyahu’s attorney David Shimron presented evidence connecting the Zionist Union to V15 (Victory in 2015), an organization working to bring down the government, which has received funding from non-Israeli citizens S. Daniel Abraham and Daniel Lubetzky.
They spoke about V15’s funding from One Voice, which has received contributions from multiple foreign governments, organizations and non-Israeli citizens. They said Zionist Union candidates Yoel Hasson and Danny Atar and former Labor MKs Ephraim Sneh, Colette Avital, and Rabbi Michael Melchior were on One Voice’s advisory board…“This NPO scandal is worse than the first, because this time no one can say they didn’t know,” Levin said. “We are witnessing criminal behavior by Herzog and [his Zionist Union No. 2, Tzipi] Livni. When the first NPO scandal happened, Livni was in the Likud and she said the party was facing criminals. Then she stood for the rule of law. Now she stands beside Herzog in silence.”
Herzog chose to remain silent during the investigation of the 1999 NPO scandal. Regev dared him to go to police now and testify.


Many of us in Israel are more concerned about Israeli security and sovereignty than the issues Herzog, Livni and other Leftists are bringing up against Netanyahu and the Likud. I speak for many Israelis when I say that kowtowing to American demands in order to attempt to get on the “good side” of the virulently antipathetic Obama is not what we want Israel to do.

The true story of American-Israeli relations is checkered at best. Rarely has there been a United States President who truly felt a warm friendship to Israel. There was no American aid to Israel until after the June, 1967, Six Days War. I remember that war very well. I wasn’t a child. Israel didn’t have a single ally in June, 1967. The world stood by and watched expecting the three Arab armies, Egypt, Syria and Jordan, to easily defeat us.

It was a continuation of the attitude of the world during the Nazi rise to power and subsequent Holocaust. World War Two had nothing whatsoever to do with saving European Jewry. It was to stop the Nazi invasion and conquering of Europe and Great Britain.

Prime Minister Binyamin Netanyahu is an expert on International Terrorism. That was his field before going into Israeli politics. What was United States President Barack Hussein Obama before going into American politics? “Community organizer?” Netanyahu didn’t need any “affirmative action” to get into M.I.T. when competition for its few elite places was its fiercest while “baby boomers” were most numerous.

The American People should be happy that they have politicians willing to listen to hard news. The Iranian nuclear danger is international, not just targeting Israel. 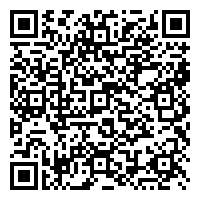