What is the status of the sanctity of life in the West in 2022?

It stinks. From birth to death.


Our culture is firmly rooted in the Judeo/Christian ethic that states, unequivocally, that ALL LIFE IS SACRED.  All life.

God tells us in the Bible:

I give you today, the blessing and the curse

CHOOSE LIFE for you and your children.

But we no longer sanctify life.

We have accepted a death cult from birth to the grave.

Something has gone terribly awry in the West. In America, today, and echoed in the West, there is a frantic frenzy of rabid protesters demanding the right to abort a fetus from conception to birth.  This is a full frontal attack on our value system. There is nothing in the American Constitution, or any legal document of which I am aware, that gives anyone the inalienable right to take a life.

Americans are on the street demanding the RIGHT to murder potential human beings, right up to birth!    And still not sure – well “abort” after birth.  What could be more important than this?  I don’t know. Maybe war in Ukraine, food shortages, tent cities, homelessness, inflation?  No. It is the right to kill the unborn – under any circumstances. Abortion as birth control. And it is celebrated!  The right to abort is so important that protesters are firebombing pro-life centers with impunity. Supreme Court Justices are under attack, protesters on their streets, frightening the neighbours. Where are the police?Don’t be ridiculous, It’s about abortion! This has come about because of a leaked document suggesting that the Federal Court will undo Roe VS Wade – a document that legalizes abortion. Abortion would not be criminalized; it would be decided by the individual states; but never let a fact get in the way of a narrative especially one that allows people to demand the right to end a life.

Who’d a thunk that Roe Vs Wade would unite the world! In Canada, PM Trudeau reached out to American women telling them not to worry; they could come to Canada for an abortion. No mention of the need for proof of vaccination.  At that time, I, a Canadian citizen born and bred, couldn’t leave my country or travel around it because of my status. And  even now I cannot return without quarantining for 14 days. Perhaps I should identify as a young pregnant woman.  And AlJazeera, a Muslim news outlet from Qatar, is reporting on these protests.  This despite the fact a woman cannot get an abortion in a Muslim country!

I remember when abortion was a default position – possible death of the mother. Now, we have gone from slippery slope down the rabbit hole. Abortions at Planned Parenthood,  brought to America by racist Margaret Sanger, are really special. They are experts at “aborting” the fetus – killing it, while at the same time protecting the organs that they will then sell. Sometimes the fetus is alive after abortion, the heart is beating, but that does not stop the harvesting of organs.

Here is a video of Planned Parenthood negotiating the fee for body parts, as if talking about widgets.

Keep this in mind while you protest for the RIGHT to abort a fetus: The latest research tells us that premies feel pain. “As recently as the mid-1980s, the medical community believed preemies and even some newborns could not feel pain because their nervous systems weren’t yet completely developed.” As a result, medical procedures, including major surgeries, were routinely performed on days-old babies without anaesthesia. They were wrong. Can a fetus feel pain when it is being suctioned out or cut up so that the internal organs can be protected?

While people demand restriction-free abortion, Covid restrictions on doctors, pharmacists and patients were and are ubiquitous. Where are the mass protests? “My Body My Choice?” Where were the protests over the treatment of our most vulnerable – our parents and grandparents held hostage in elder care homes for two years – two years of solitary confinement. Alone, in solitary confinement, for almost 2 years. Denying our elders the affection of their loved ones – a major reason for living.  When did death by solitary confinement become acceptable; sanctified?  Too often they were strapped into their beds or sitting in a chair, looking out the window, drooling.  Sanctity of life is more than sitting in a chair looking out a window, starved for human contact. And the doctors went along with this.

Sanctimonious, self-serving, self-righteous people who give lip service to the sanctity of life.

And where were the families? If my parent or grandparent had been locked away like that I would have stormed the bastille. What is more important than the sanctity of all life?

When protests did take place, the police were there to stop them.

Or perhaps we did this to the elderly for fear they would spread the illness to others. Hmmm. Did we sacrifice the elderly in the name of the greater good? Ask New York Governor Cuomo.

But there is more! In Canada, we have MAID-medical assistance in death. Used to be for people who were extraordinarily ill, in terrible pain, with no hope of recovery. Not any more. Open the door a crack and the shoe gets in. Too old and tired to live – call the government. They’ll give you the blue juice. What if your children are tired of you living? Could they persuade you to end your life – you know – you don’t want to be a burden – it’s for the greater good, because you care about others. Just like we were told to care about others by getting vaccines and wearing masks.

And children. How did we get to a point that we even talk about children CHOOSING to end their lives?/ Now we allow 18-year-olds to ask for MAID because of mental illness. Or, in Canada we will in 2023. “Canadians whose only medical condition is a mental illness, and who otherwise meet all eligibility criteria, will be eligible for MAID March 17, 2023. This includes conditions that are primarily within the domain of psychiatry, such as depression and personality disorders.”

Pardon the expression, but this is insane. Allowing an 18 year old to end their life because of a mental illness. In most places, 18 year-olds are too young to own a gun or get a drink in a bar.

The sanctity of life.

So we’ve got you covered from soup to nuts – from conception, where the female makes the decision to have the baby or not, to the end of life when the government will help in any way.

Can you imagine these discussions taking place in a third world country? That anyone would be discussing these things? They are busy trying to live while we are finding ways to promote death.

Maybe all of this speaks to our culture; one that is now dying because we are walking away from our extraordinary, life affirming Western Culture that promotes the sanctity of all life. 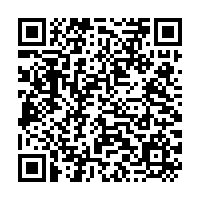