Few figures in American political life have been as consistently wrong as often as John Kerry. The former Senator bet on every Communist leader and Middle Eastern tyrant he could find only to watch the wheels of history roll over his mistakes. And now as Secretary of State, Kerry is at it again.

In between peddling a Syrian peace process that no one but him believes in, he took a break to peddle the even more discredited peace process between Israel and the terrorists.


In a speech to the American Jewish Committee, Kerry invoked the litany of failures, “Madrid to Oslo to Wye River and Camp David and Annapolis”, but urged his audience not to pay attention to history and “give in to cynicism”.

“Cynicism has never solved anything,” he said. But then again neither has the Peace Process. And while cynicism isn’t likely to usher in an era of peace or grow money on trees, it offers you the power to extract yourself from bad situations instead of taking refuge in more of the same wishful thinking that got you into them.

If you find yourself mailing your tenth check to that Nigerian prince, cynicism won’t get you a 200 percent return, but it will keep you from losing more money.

“Why should any Israeli start giving in to that cynicism now?” Kerry asked. Perhaps because it’s been twenty years. Or because thousands of Israelis have been killed and wounded. Or because there isn’t a single piece of supporting evidence to show that the other side is interested in any kind of final peace agreement.

The only sure things that have come out of the Peace Process in two decades are terrorist attacks and increased demands by the terrorists. There has been no final status agreement for the simple reason that the terrorists can only get the best possible deal by never coming to an agreement. The longer they hold out, the better the offers that the likes of John Forbes Kerry extract from Israel are. And the offers keep getting better so there is never any reason to actually make a deal.

Since Israel can never make that offer and since its enemies will never accept less than the whole rug, the negotiations are doomed to a descending spiral in which the Jewish State’s negotiators offer more and more in the hopes of settling the negotiations faster to avoid the even higher demands that they know they will face down the road, while the exact same calculation removes any incentive from the other side to settle because they know that the deals will be better down the road.

“The great enemy of the truth is very often not the lie; deliberate, contrived and dishonest, but the myth; persistent, persuasive and unrealistic,” John F. Kennedy said. The mythology of the peace process is the enemy of the truth. Its “reassuring repetition of stale phrases” prevents what Kennedy called, “the difficult, but essential confrontation with reality.”

Kerry repeatedly calls for hope against cynicism, using stale phrases to perpetuate a mythology of peace with no basis in reality. Out of his mouth fall all the stale promises and threats that have been moldering for decades.”We can’t let the disappointments of the past hold the future prisoner,” he says and you can hear the faint echoes of a thousand old speeches and smell the musty air of old banquet halls. 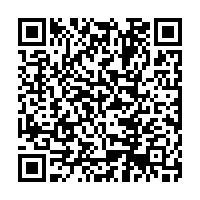