“There is no more neutrality in the world,” said Black Panther leader, civil rights activist and fun-loving rapist; Eldridge Cleaver. “You either have to be part of the solution, or you’re going to be part of the problem– there ain’t no more middle ground.”


We live in Eldridge Cleaver’s world now, a world with no more middle ground. Where not doing anything does not mean you will be left alone. This is no longer a nation founded on the curious premise that the government should leave people alone unless they are causing problems.

That peculiar idea was held by a nation of farmers and merchants who fled religious persecution, and whose great contribution to human history was the notion that governments shouldn’t be all-powerful and that everyone should mind their own business when it comes to other people’s affairs. Our present-day rulers revile them as racist slave owners who only cared about money, but they also happen to be racist slave owners who only care about money, and they have far more of both.

The average American still holds the fanciful belief that, if he isn’t annoying anyone, he should be left alone. To the people running his country, this is as bizarre and unworkable as Phrenology or the Geocentric theory or handing out universal health care without also compelling everyone to buy it.

It takes a lot of money to be left alone. Regulatory space is much more expensive than physical space, and buying it requires investing in lobbyists, fundraisers and lawyers. If you make the right payoffs, then you can buy the privilege of being left alone, exempted from regulations, going uninspected and protected against the agents of the state. But once you do that, you are no longer neutral. You have bought yourself the privilege of not being considered the problem; instead, you have become part of the solution for the people you are paying off.

The Americans bushwacked by ObamaCare, the scam artist’s dream of a tax paid to a third-party in exchange for benefits accrued to a fourth party, still thought they had the freedom to take the middle, to despise meddling politicians in both parties, ignore most things the government did, while living their own lives. They had seen their savings devalued, their homes seized, their lives bedeviled by a thousand regulations, but they still thought that it was possible to take a middle-ground, to reject the solutions by asserting that they are not the problem.

They did not understand that in Cleaverland, in Alinskytown and in Obamaville– no one opts out. Either you volunteer or you get drafted. Raise your hand or you will be called on anyway. Not volunteering to be part of their agenda means that you are the problem.

You, sitting right there in your chair, watching these words move across your screen, are the problem. A problem 311,591,917 human souls strong. You eat too much or you don’t pay enough taxes, you drive your car too often, you haven’t bought solar panels for your roof, you browse ‘extremist’ websites when you should be browsing government informational sites for tips on how to do or not do all of the above. But most of all… you still don’t understand what a great problem you are for the people running this country into the ground between the Atlantic and the Pacific. They keep trying to solve you, but you don’t go away.

There is no neutrality when dealing with people who reject the very concept of neutrality. Who draw everyone into the long columns of their spreadsheets and catch everyone in their spider’s web. There is no middle ground with people who don’t believe there is a middle ground, who believe that every human on earth is part of the problem and can only opt out of being the problem by joining up with them and following their directives. 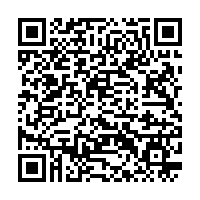