I contemplated long and hard before posting this video. I decided to do so even though it is horrifically embarrassing for the IDF, Israel and the entire Jewish people! I chose to post even though the Arab terrorists in the video are becoming local heroes. I posted not to get you angry but to learn from it and send a clear message. Please read this before watching the video.

This is not a isolated incident. I am not even talking about the fact that this is not the first time little Shirley Temper has made a name for herself by acting as she screams and assaults soldiers in order to entrap them as Arabs and Left-Wing activists stand around with cameras. This incident is nothing compared to what has been going on on a national level. This incident is a symptom of a much larger problem.


Why didn’t the soldier grab this little terrorist and detain her the first time she kicked him? Because of he was nervous of getting in trouble! ‘what would the world say!’

It’s the same reason we saw a soldier get hit in the face by a rock last week and instead of charging the terrorists or take them out, the soldier and his entire team turned and ran away! Smart move running away from terrorists!

BTW, I don’t blame the soldiers even a little. I blame the politicians and even more so the Judicial system in Israel. Last week the Supreme Court ruled that Israel cannot hold terrorist bodies for negotiations. It’s “immoral”…. This is a perversion of morality and misplaced compassion which is cruel.

We bury ours and they celebrate with the murderers.

The Supreme court and the rope that ties our soldiers hands behind their back does magic for the terrorist’s egos and wonders for Israel’s deterrence!

It’s the same reason why the Police arrested a father after he shot a terrorist who was lynching his kid and 22 of his Jewish friends who were huddled in a cave with their hands up, hopeless…..

It’s the same reason why after Israeli police were murdered on the Temple Mount, execution style, that our government decided to take down metal detectors and other security apparatuses and give in to terrorist demands. I don’t care if there is some secret system up. Giving in to the terrorists demands boosts their morale! That’s why we used to NOT NEGOTIATE WITH TERRORISTS!

It’s the same reason why the Police treat Jews like criminals if we try to whisper a prayer on the Temple Mount. Great idea to uphold an anti semitic policy because the terrorists are threatening us….after all, what would the world say if Jews stood up for ourselves.
I wonder how the Supreme Court would have reacted to the Maccabees. Actually, I I don’t wonder at all, it’s quite clear!

It’s the same reason we allow terrorists to earn degrees in Israeli jail and all on the expense of those the terrorists are trying to murder.

It’s the same reason we continuously give in to our enemy’s demands and narrative. Yeah, a 2- State solution sounds great! Forget about the fact that one can see what happened in Gaza when we completely “cleansed” the area of any Jews. Forget about the fact that Abbas, the “moderate” honors terrorists who murdered random and innocent Jews. Let’s give them more control and let’s boost their national aspirations even though it is based on a complete fabrication of history!

After all, What would the world say?

We are stronger than them, so lt’s give up…great idea!

The world said nothing when we were burning and when we were being gassed. Actually the world did say something, The world They said ‘NO! We will not bomb Germany and we will not destroy the train tracks that lead millions of Jews to their death!’
They also said, ‘NO you cannot get refuge in our countries, sorry!’

The only time the world says something is when we stand up for ourselves and not die! Then the nations get together at the UN to scream and point fingers at Israel.

There are those that claim we won the PR war with this incident. Are you kidding!

The only time the world applauds us is at Jewish funerals or when we give up and when we give in to those who seek our destruction. Then the world has ceremonies honoring our bowing. (I have to say that Trump seems to be very different in this respect and I like it)
If we win or fight, no PR in the world will work.

Sorry friends but the world is not going to accept our rights as Jews. Just take a look at how they reacted to Jerusalem being the capital of Israel. Objectivity? Are you kidding?!

So, now we have our own country and our own army and what do we do? We act like we are back in the ghetto because we are scared what the world would say?

We make believe like having weapons and being strong is some kind of sin. ‘We have the weapons but let’s not be too hard on those who are trying to murder us!’

I am told there was a time after the 6-day war where the Arabs had tremendous respect for soldiers and Jews alike. Our miraculous victory gave a very clear message of, “Don’t mess with the Jewish State” Well, that’s all gone and because we threw that deterrence away.

It seems we, as Jews, have a need to be victims.

It’s almost like we feel bad for winning. Not this Jew, sorry!

Al Jazeera reported it! They reported the hero who smacked our soldiers in the face.

There is no difference between the picture of the little boy with his hands up in front of Nazis and our soldier who had his hands up as he was getting kicked and smacked in the face.

Actually, there is a difference, the little boy had no choice.

Don’t you think it’s time to stop being victims. So, the world will be upset with us. I can handle it! They have a lot of catching up to do with how upset we should be with the world!

Happy Chanukah! Let’s not just celebrate it, let’s live it! 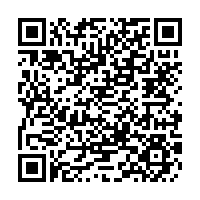