For years, Al Sharpton has been dishing out something – and it sure is not news. And that makes him perfect for MSNBC.

Stuart Stevens, prompted by a New York Times and Retropreport.org documentary, writes in the Daily Beast an expose of the sordid history of Al Sharpton:

[Tawana] Brawley was 15 years old in 1987, when she was found in her hometown of Wappingers Falls, New York, with “Bitch,” “KKK,” and “Nigger” written on her stomach, her jeans burnt in the crotch, feces in her hair, and her tennis shoes sliced open. She said that she had been abducted and raped by a group of white men.

A trio of increasingly prominent, and radical, New York City black activists represented her and her family: attorneys Alton Maddox and C. Vernon Mason and the Rev. Al Sharpton. Brawley told them said that a cop had been one of her attackers, and Sharpton named that officer as Harry Crist Jr., a police officer from a nearby town who had committed suicide shortly after Brawley was found. Sharpton also named a local prosecutor, Steven Pagones, as one of the attackers. He offered no proof.


Sharpton and attorneys who “represented” Brawley sparked a lot of racial strife with their unsupported accusations, making life miserable not only for the innocent accused but for the rest of the city and country. Eventually, a jury found the obvious: the whole affair was a hoax perpetrated by Brawley, Sharpton and other race-mongerers. Pagones life became a living hell-because of Sharpton.

Sharpton has a long history of racism and anti-Semitism that trails him wherever he goes, though this has been neatly excised by MSNBC, Bill Clinton and others who have found it politically useful to rub elbows with Sharpton. This has been a shameful practice – the likes of Sharpton have done harm not only to fellow African-Americans but to the nation as a whole.

The Tawana Brawley case that captivated New York in the late eighties is a shocking reminder of the toxic mix racial exploitation and personal ambition can produce. The New York Times and Retroreport.org have just released a new 15-minute documentary on the despicable hoax, which should be required viewing for the NBC News executives who are heavily invested in rehabilitating a key culprit of this loathsome episode: the Rev. Al Sharpton.

Sharpton was a key player inflaming the 1991 Crown Heights riots following the death of a young African-American who was hit by an ambulance driven by a Hasidic driver. Sharpton called Jews “diamond merchants” with “the blood of innocent babies” on their hands. A mob subsequently attacked and murdered an innocent Hasidic Jewish student visiting from Australia. (Twenty-five years later, he wrote a mealy-mouthed not-quite apology for his rhetoric.)

A few years later, an African-American Pentecostal church asked a Jewish tenant of a church-owned property, Freddie Fashion’s Mart, to evict one of his subtenants, an African-American-run record store. Sharpton led protests crying, “We will not stand by and allow them to move this brother so that some white interloper can expand his business.” One of the protesters attacked Freddie Fashion Mart, shot several customers, and started a fire that killed seven employees.

There are a lot of angry, twisted individuals in America and Sharpton is hardly alone in having spent decades vomiting hate, leaving innocent victims in his wake. What distinguishes Sharpton is the willingness of powerful people and organizations to look past the hate when they believe it may benefit them.

Stevens notes MSNBC has spent millions of dollars to “rehabilitate and promote” Sharpton as a “credible source of information” and has “made the ethical and news judgment that Sharpton” should be a key influence-maker in America.

In the last two days, Sharpton has declared–despite all evidence to the contrary–that there is “no evidence at all” connecting Holder to scandals .

Clearly Sharpton has no problem lying to the American people.

But maybe Stevens should not be so outraged at MSNBC. He sees it as a news organization.

But how does MSNBC view itself?

In a rare moment of truth, the network has all but admitted it is not a news outlet. Bill Carter reports on MSNBC’s slumping ratings at the New York Times:

At a time of intensely high interest in news, MSNBC’s ratings declined from the same period a year ago by about 20 percent. The explanation, in the network’s own analysis, comes down to this: breaking news is not really what MSNBC does.

“We’re not the place for that,” said Phil Griffin, the channel’s president, in reference to covering breaking events as CNN does. “Our brand is not that.”

The brand, one MSNBC has cultivated with success, is defined by its tagline, “The Place for Politics,” and a skew toward left-wing, progressive political talk, the opposite of the conservative-based approach that has worked well for Fox News.

MSNBC began to commit itself to presenting a liberal spin on political coverage in the middle of the last decade, partly because it had not found success in previous models (like trying to be a news channel for younger viewers) and mostly because it had one host, Keith Olbermann, whose ratings were exploding based on his outspoken criticisms of the Bush administration and the conservative voices on Fox News.

Ever wonder why so much of what is news gets short shrift – if it is covered at all – at MSNBC? They are not in the business of gathering and broadcasting news. This network is the home of Obama-worshipers and GOP-bashers such as Chris Mathews and Rachel Maddow (whose show’s ratings are plummeting) and is merely a spin-machine. They are not a part of the mythical fourth branch of government but are merely a branch of the Democratic Party. 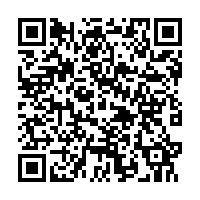