The latest obsession of the mainstream media and other leftists is questioning the President’s mental health. Allow me to suggest that If they are correct and the President is mentally unstable it’s not necessarily a bad thing. In fact, if having a screw loose makes people as successful as Donald Trump was during the past eleven and a half months, we should pray it’s contagious and that everyone in Congress and the federal bureaucracy catches it (and me also).


For example, CNN’s media reporter Brian Stelter who has been attacking Trump since he started running said on  “Anderson Cooper 360”:

“What would we say if the leader of Germany or China or Brazil posted tweets like Trump’s? How would we cover it? We’d say: That person is not well. We’d wonder whether that person is fit to hold office.”

In private meetings with more than a dozen members of Congress held on December 5 and 6, Lee briefed lawmakers — all Democrats except for one Republican senator, whom Lee declined to identify. Her professional warning to Capitol Hill: “He’s going to unravel, and we are seeing the signs.”

John Heilemann said Trump seemed “demented and deranged, and Trump hater Bill Kristol tweeted that Pence should be preparing himself to take power in accordance with the 25th Amendment  “in case it’s suddenly needed.”

There are other examples also, but none of the people questioning the president’s capacity address the most important point. Are president Trump’s incredible set of accomplishments during his first year in the White House a result of his supposed madness? Or do the accomplishments prove the armchair psychiatrists and shrinks who never examined the POTUS are the ones who are a bit “fruit loops?”

Just look at what this president who supposedly has a diminished capacity has been able to accomplish:

There are plenty of others but I am sure you get the point. President Trump has been incredibly successful for a “mentally unstable” man during his first year on the job.

During the Civil War, a committee of arrogant elitists met with President Lincoln and demanded General Grant’s removal, because, they claimed, he was a whiskey drinker, and little better than a common drunkard. “Ah!” exclaimed the great emancipator, “you surprise me, gentlemen. But can you tell me where he gets his whiskey?” “We cannot, Mr. President. But why do you desire to know?” “Because, if I can only find out, I will send a barrel of this wonderful whiskey to every general in the army.”

That’s how people should feel about the claims of President Trump’s diminished mental capacity. Arrogant elitists who never experienced a President speaking his mind without using flowery diplomatic words are claiming this president is becoming more cuckoo than a clock. But taking the cue from Abe Lincoln, we should find out what is causing what the liberals and mainstream media claims are the mental problems of the President to spread his success around.

Once we find out what is causing this mentally unstable success we should make sure that all Congressmen and the federal bureaucracy catch the same problem so they will be as successful as President Trump. And if there is any left, I would like some also. Please note if there isn’t any of Trump’s mental instability left, I’ll take a barrel of Gen. Grant’s whiskey as a consolation. 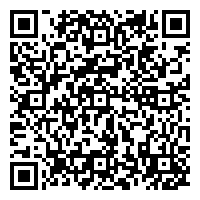