This blog continues the analysis in “Islamism’s Likely Doom,” where I traced recent fissiparous trends among Islamists. They just can’t seem to get along anymore.


Jordan: The aftermath of the Egyptian coup d’état three months ago has left the Jordanian branch of the Muslim Brotherhood, known as the Islamic Action Front, reeling. David Schenker of the Washington Institute for Near Eastern Policy finds that the old division between East Bankers and Palestinians has come to the fore; also, both Salafis and mild reformers, the latter in an organization called the Zamzam Initiative, have gained in strength.

Iran: Alienated Iranians, both Sunni and also Shi’i, are turning toward Salafism, reports Mehdi Khalaji, also of the Washington Institute for Near Eastern Policy. For example, the regime does not allow Sunnis to build mosques in Tehran and other large cities because “it is deeply concerned about Salafis using them to recruit young Shiites who are frustrated with the Islamic Republic’s ideology.” This in turn is part of a larger, ironic trend:

Under the Islamic Republic — a regime that legitimizes the exclusive rule of the ayatollahs, makes Islamic law the main basis for legislation, and imposes it on all aspects of daily life — many youths and other Iranians have turned away from Shiite convictions and embraced atheism, skepticism, Sufism, Sunni Islam, the Bahai faith, evangelical Christianity, Zoroastrianism, Buddhism, and New Age and Latin American mystical trends. 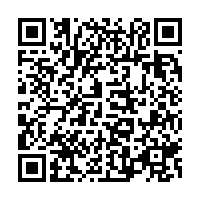