A media release from the United Nations explains that it has decided that today, August 21, 2018, should be known as the International Day of Remembrance, and of Tribute to, the Victims of Terrorism.

Unless you’re a diplomat accredited to the UN in New York City or one of the speakers in the multimedia presentation that is at the heart of the commemoration, you might not know.

We’re not in those categories. So we knew nothing about the whole thing till we stumbled across a link this morning.

The goal, as explained by the UN Secretary General, is uplifting:

For the first time, we have gathered in one place the testimonials of individuals whose lives have been affected by terrorism, to hear first‑hand how this has impacted their lives, and what they have achieved.  I applaud the courage and resilience of everyone represented here.  I thank those who are with us here today and who are willing to speak out against terrorism, and I thank the thousands of others who stand up and speak out every day, everywhere. We are here for you and we are listening to you. Your voices matter.  Your courage in the face of adversity is a lesson inspiring us all. Commemorating the forthcoming International Day of Remembrance, and of Tribute to, the Victims of Terrorism on 21 August is an opportunity to recognize, honour and support victims and survivors, and to lift up the voices of those left behind. The United Nations stands in solidarity with you.

How to say this politely? As terror victims, the parents of a child murdered by an Islamist terrorist in the service of Hamas, our experience hasn’t brought us to feel that the UN – or really anyone else in the world of major organizations – stands in solidarity with us.

Actually, quite the opposite. We’re working hard to get the mastermind of the terror attack that took our Malki’s life to be extradited from her cosy, well-funded comfortable life as the Hashemite Kingdom of Jordan‘s leading celebrity jihadist and brought to a federal court-house in the United States. So far, that process has been moving slowly as readers of our blog probably know.

We have not viewed it and don’t know yet whether it’s accessible online. But the multimedia presentation described in the UN’s promotional materials reminds us of an opportunity we were given a few years ago to testify about what being victims of terror does to a person.

Arnold Roth was a guest of a European association of terror victims which undertook a project to record the experiences and thoughts of a couple of dozen assorted terror victims with very different outlooks. The film-making took place in Madrid, Spain, in March 2014. The timing coincided with major Spanish events commemorating what they call 11-M, referring to the events of March 11, 2004 when the catastrophic Islamist terror attack on Madrid’s trains took place [see our blog post “8-May-14: Madrid moments“].

It wasn’t, and still isn’t, entirely clear what the eventual goal of the project was. It does appear that demonstrating ‘resilience‘ against ‘radicalisation‘ was involved. In some respects, it might still be a work in progress.

The 2014 project’s English language portal is here, under the title “The Voices of the Survivors Against Radicalisation“. (There’s a fine summary video here.) As far as we know, not much marketing effort (and we’re trying not to sound unkind to the good people involved in its making) was ever devoted to creating serious awareness. Or else we just missed it.

Since video presentations about being victims of terror are getting attention in New York City today, here in the clip below is what that project of four years ago did with Arnold Roth’s testimony. It seems it was posted to YouTube about a year ago.

All the videos in that 2014 set were translated into a variety of languages. Not all the speakers spoke in English (most probably did not) and the intended audiences can choose from among Russian, Arabic, French, Spanish, German and Italian sub-titled versions. Not a small undertaking.

While Arnold is comfortable speaking in public, and had a good idea of the points he wanted to convey – especially about how poorly terrorism is understand by commentators and politicians, and the sometimes disastrous ways terrorists are treated – the video doesn’t quite deliver what he had in mind.

Once we saw the final product, we realized his aims were probably not a terrific match for what the sponsors of the project sought to achieve. For instance, he explicitly mentioned Hamas and Ahlam Tamimi – who plotted the assault on the Sbarro pizzeria – at several junctures for the obvious reason that they are central to the difficult times we have endured and they continue to play an embittering role in our lives today.

Those parts of the interview, however, did not survive the editing suite. This probably explains the slightly choppy nature of the final product and its abrupt changes of tone and subject matter.

If this momentous day, and the things it seeks to remember and to pay tribute to, got some attention where you live via the media or in other ways, we would be glad to hear about it. 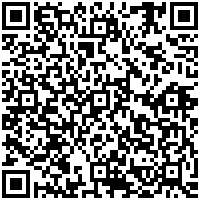