Two years ago, in the New York Review of Books, a writer launched into his experience of the same hilltop town (spelled differently, but the same place) with these words:

The first thing I saw in al-Nabi Salih was a huge sign in Arabic and English: “We Believe in Non-Violence. Do You?” It was World Peace Day, and speaker after speaker reaffirmed a commitment to peace and to nonviolent resistance to the occupation.

What kind of non-violence do these people actually espouse?We wonder how often public opinion about the complex lives and unwanted war in which we and our neighbors live is formed by people who don’t speak the local languages, and don’t know much of its history or geography. Lacking the ability and sometimes the will to actually delve, they are left to read romanticized narratives, signs painted onto walls, political analysis crafted by full-time practitioners of public relations, staged photographs and other tendentious imagery.The result is a kind of entrancement: messy, nasty complexity reduced down to simple pill form. Swallow this, and join us.

This process, of the kind that an astute observer has called auto-stupefaction, has an antidote: reality. We wish there were enough courageous and ethical journalists to deliver what has not yet been done: a blunt look directly into the face and deeds of Ahlam Tamimi and those who share her views, who admire her demonic actions.

That the NYT Magazine focused on Nabi Saleh while barely mentioning the convicted child killer celebrated by the residents of the town as an honored daughter (Arabic Wikipedia) indicates how manipulated its readers are and how far we are from beginning to blunt the ongoing threat of the terrorists. 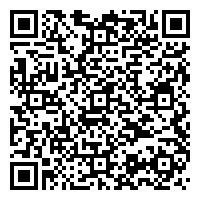