Another set of revelations from Israel’s security establishment points today to yet another of the 1,027 beneficiaries of the 2011 Shalit Deal having been at the center of Arab-on-Israeli terror. This time, the terrorism was thwarted in time.

Israel National News reports [“Terrorist freed in ‘Shalit deal’ planned terror attack“, January 1, 2018] that the leader of a recently captured gang of 17 Hamas terrorists had been in an Israeli prison up until October 2011 after having been convicted of involvement in the kidnapping and murder of an Israeli, Sasson Nuriel, in 2005. (We started this blog about a year after that.)

A moment about the victim: Sasson Nuriel manufactured candies in the Mishor Adumim industrial zone on Jerusalem’s eastern edge until his business got into financial difficulties. Needing to support a wife and three children, he closed the company and went to work for Maya, a spice manufacturer with premises in the same industrial park. On September 21, 2005, he left the factory to go out and buy chocolate. When he failed to return, his family called the police. Through an intelligence lead, they learned he had been kidnapped by a Hamas terror cell.

It eventually emerged that its members included two Palestinian Arabs who had worked for Nuriel in his candy business. On behalf of Hamas, they had lured him to a-Ram, an Arab village on Jerusalem’s north side, by making up a story. A BBC report at the time said

Palestinian militant group Hamas has released a video of a bound and blindfolded Israeli businessman it says it kidnapped and later killed. The body of 51-year-old Sasson Nuriel, who vanished last week, was found near Ramallah in the West Bank on Monday. Hamas said it had planned to trade him for Palestinian prisoners in Israeli jails, but decided to kill him after Israel began raids in the West Bank.

Israeli sources said his abductors brought Nuriel at gunpoint to Beitunia, a village under PA control and west of Ramallah. There they stabbed him to death, throwing his body into a garbage dump before claiming responsibility in Hamas’ name. The dead man was 51.

This week’s revelation via a Shabak (Israel Security Agency, or Shin Bet) media release [reported here] is that the key person behind the Hamas terror cell discovered during November 2017 is Abdallah Arar. He had been part of that Hamas gang that murdered Sasson Nuriel in 2005. For the record, the Jerusalem Post says today that the gang consisted of five members.

Arar was deported to the Gaza Strip in the 2011 Shalit Deal. (Our daughter’s murderer, Ahlam Tamimi, walked free in the same transaction.) Like so many other terrorists who were released at that time, he promptly went back to doing more terror.

The investigation into the cell and Arar’s involvement is “currently being handled by the military prosecution, which is examining the investigation’s findings prior to filing an indictment“, according to the INN report. 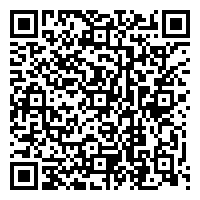