The journalist Khaled Abu Toameh tweeted in the past hour that the Palestinian Arab “prime minister” is announcing a second (out of four) projected round of convicted Palestinian Arab terrorists being set free by their Israeli jailers.

This round is going to happen before the end of September, according to his source. He quotes a statement of PM Rami Hamdallah in the Palestinian Press News Agency, an ‘independent’ Arabic-language news service.

On 2 June 2013, Fatah Palestinian National Authority President Mahmoud Abbas named him to succeed Salam Fayyad as prime minister. His appointment was not recognized by Hamas, who were not consulted in the decision. He is a member of Fatah; however, the BBC states that he is a political independent. On 20 June 2013, Hamdallah tendered his resignation, which President Abbas accepted on 23 June.

(We assume he must have un-resigned.)

That first tranche, on August 13, 2013, ended: with obscene public celebrations of the heroism and celebrity of those who walked free, every single one of whom was a killer. To be more precise, since each of them had been convicted in a court: a murderer.

One had murdered a U.S. citizen, as we wrote here. US State Department policy is to work to prevent such releases; just not this time.

Not one of them, to our knowledge, has expressed any remorse at all. In fact, if you consider the way their exploits have been celebrated by President Abbas and his PA-controlled media, it will be clear that remorse and a desire for forgiveness, if such were to be expressed by any of the released convicts, would like be an invitation for a private encounter with the PA security apparatus. In any event, not one of them has said he wishes he had not killed an innocent Jew, or an innocent Arab (numerous victims of these terrorists were Arabs) and we’re not expecting to hear anything of the sort.

Recall that there are three additional rounds of convicted-terrorist releases, 78 more killers and terrorist thugs, to add to the 26 released, placed on pedestals and given lavish foreign-funded pensions for life, in the first round.

Those subsequent rounds are due to take place over the next several weeks and months. Recall also that Mahmoud Abbas, who certainly ought to be believed on such things, says this has nothing to do with making peace. If in doubt, please check. We documented it here: “25-Aug-13: Wake up call for those who thought the terrorists are walking free for peace“.

How does the US government view the convicted murderers? It’s not a theoretical question, or even rhetorical. The fact is the State Department spokesperson was questioned at a media briefing about whether the US government sees the freed convicts, including slayers of elderly Holocaust survivors and the murderers of American citizens, in the same way that the PA does i.e. as political prisoners and as freedom fighters.

You might be as astonished, and appalled, as we were. Here’s the answer in response to this question:

Do you have any thoughts or position on whether these people who are going to be released [today] are political prisoners or are they terrorists? [Those are the descriptors applied to them by the PA.]

the State Department’s official spokesperson at a formal press briefing on August 13, 2013, said:

I do not have a position on that.

We have been making polite enquiries of the State Department and its representatives for the past three weeks. It appears that, even now, no one in the US administration is willing to admit that they have taken a position on this, or that it was a mistake that has been corrected.

We’re still (politely) trying to get State to clarify, but that process – and the silent treatment – is getting more depressing by the day.

The Hypocrisy of Expecting PERFECTION from Israel 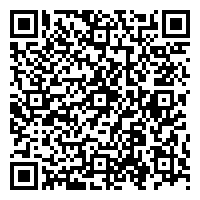