Barely two weeks after our country and the terrorist regime in Gaza reached an understanding to bring the round-the-clock rocket firings at Israel’s civilian communities to a temporary halt, there are some things we have learned that we want to share.

First, the Hamas clique that dominates Gaza is today welcoming back into its bosom several more convicted murderers.

GAZA CITY (Ma’an) – A number of former Palestinian prisoners who were deported to Qatar as part of the prisoner swap deal between Hamas and Israel have arrived in Gaza City to mark Hamas’ 25th anniversary. Sabir Abu Karsh, chief of the Waed prisoners association, told reporters that six former prisoners arrived in Gaza to join celebrations of Hamas’ anniversary “and the triumph the Gaza Strip achieved against Israel in the last military offensive Israel launched against the coastal enclave.” Gaza-based former prisoner and senior Hamas’ leader Tawfiq Abu Naim greeted the returning former prisoners in a news conference held by Waed prisoners’ association… Abdul-Hakim Hanani, a former prisoner who arrived from Qatar, said the “future stage will be based on the principle hit for hit, and blood for blood.”


From our records, this Hanani (a native of Nablus, whose name appears as Abd al-Hakim Abd al-Aziz abd Hanaini in the walk-free list) is identified as prisoner number 273 in the long and ugly database of 1,027 murderers and assorted terrorists released in October 2011 as Israel’s price for the return of the young hostage, Gilad Shalit. Hanani/Hanaini was serving a life sentence for (of course) homicide. Life in Qatar can’t be too difficult for people like him, but Gaza is where he really fits right in. And having an abundance of convicted murderers present for their silver anniversary will help the Hamas overlords set just the right celebratory tone.

Remember how we wrote yesterday about the ever-faster Syrian descent into hell [“4-Dec-12: Thinking about what Syria has become and what can be done“]? There’s a piquant side to this in Times of Israel, capturing a moment in which the Israel side, whose diplomatic representatives have not been having the most of pleasant of weeks in the forums of the United Nations, was able to smile and even cause some of the rest of us to do the same.

“Frankly, Syria, we don’t give a damn”

Times of Israel By Raphael Ahren, December 4, 2012, 11:45 pm On November 29-30, the International Anti-Corruption Academy hosted 350 state officials and international organization representatives for an assembly in Vienna. Israel is a founding member of the UN-affiliated organization and Hebrew University law professor Mordechai Kremnitzer, who holds no official position with the Israeli government, was elected last week to the board of governors for three years — all of this to the evident chagrin of the delegate from the Syrian Arab Republic. “The representative of Syria requested that his reservation on Israel be included in this report… We don’t like the idea that an Israeli is a member of the board.” [Ambassador Aviv Shir, speaking for Israel referred to the Syrian delegation’s pompous remarks and then stated what every last one of us would have wanted to say:] “On the background of what’s going in Syria, we really don’t care about the Syrian recognition.” “They usually want to get into this debate, where they can say we don’t accept Israel, the occupier, and the poor Palestinians, etcetera. So he was a bit embarrassed because he was not expecting such an answer. He just shrunk in his chair.” [More]

It would be nice to think the barbarity being executed daily in today’s Syria would make moments like the one in Vienna unnecessary. How Syria’s official representatives can summon up the brazenness to walk into the room, let alone complain about an Israeli being there, is a puzzle.

It has to be said that a considerable part of the current tension in the air relates to decisions taken by Israel’s government in the wake of last week’s UN General Assembly decision to give the Palestinian Arabs in Ramallah (not those in Gaza, but it’s a distinction little understood outside our region) an upgrade. The result has been some odd diplomatic steps taken by states that we had hoped would show more understanding. Since that is not happening much, it’s good to see and hear some articulate voices speaking out for non-politically-correct viewpoint, like this one.

Did Israeli settlements in the West Bank kill the two-state solution?Spectator | Douglas Murray 3 December 2012When did the dream of a two-state solution die? When it became clear that there are already two Palestinian states – the Hamas-run Gaza and the Palestinian Authority-governed West Bank? Or when the extremists of Hamas fired thousands of missiles into Israeli cities? Or last week when the ‘moderates’ of Fatah once again refused Israeli offers to go to the negotiating table and instead moved to circumvent their only negotiating partner via a diplomatic coup at the UN? No, in the eyes of portions of the UK government as well as the international community, the two-state solution is threatened not by these consistent, physically and diplomatically violent moves; but by everybody’s favourite subject: Israeli settlement building….the blockage to peace is not Israeli settlement-building, unhelpful though that undoubtedly is. The bar to peace remains, as it always has been – as it was at Oslo, Camp David and over all the decades before and since – an unwillingness on the part of the Palestinians to accept the existence of the Jewish state and an almost completely ignored Palestinian insistence that the final-status Palestinian state should be completely and wholly free of Jews. [More]

Finally, a gem of an analysis from the ascerbic Sultan Knish blog – a rather biting explanation for those who need one – of where the real danger in this fraught, on-edge region is coming from. 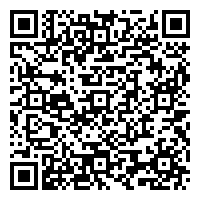