With the attention of much of the world’s public and news media directed at the Olympics, there have been four rocket attacks on southern Israel last night, Saturday.


We’re much more highly motivated on this subject than most people, and therefore know more or less where to look to find reports about these firings. Most people don’t. They therefore have no idea that this happened and keeps happening more or less daily. How can people understand the defensive measures Israel’s military takes if basic information about ongoing constant terrorist attacks goes unreported in the news media?

Two Gazan rockets crashed and exploded in the Eshkol region on Friday. (Reminder that the precise location of rocket landings is generally held back in these reports. Knowing the outcome is usable military intelligence that no sane person on the Israeli side would want to share with the terrorists of Gaza.)

Then last night two more crashed into open fields in the vicinity of Sderot, a city – not a town, not a village – in southern Israel that has the misfortune of being located very close to the Gaza Strip. The alarms were sounded (we’re referring to the anti-missile Tzeva Adom warning system) causing the usual fear and anxiety in thousands of homes throughout southern Israel who somehow fail to get used to the indiscriminate firing of lethal weapons in their general direction. As a result, a woman of 29 suffered injury as she ran to a rocket shelter, and was hospitalized in Ashkelon [Ynet]. The Palestinian Arabs are saying that the terrorists are “a previously unknown militant group in Gaza called the Al-Furqan Brigades” and that they claimed responsibility in a statement.

Two more Qassam rockets fired from the northern part of the Hamas-infested Gaza Strip hit open fields in the Eshkol region again, last night [Ynet]. Fortunately no injuries, no property damage, and no consequences up until now (as far as we know) to the people who fired them. That might yet change. 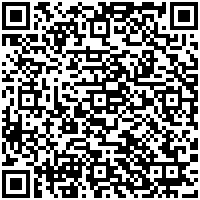