Let the record show that a Human Rights Watch report on Hamas “justice” was issued Wednesday. It’s downloadable from the HRW site (here).


Egypt’s Al-Ahram expands the list of Hamas abuses, adding arbitrary arrests, and failure to inform relatives of the whereabouts of detainees, arrest, abuse and torture of lawyers, using military courts to try civilians, and putting to death several prisoners after military trial verdicts though there was “credible evidence they had been tortured.”

In six hours, there have been similar reports in most of the major news channels, as you would expect: “Torture part of Gaza justice system” (Brisbane Times‎); “Gazans face ‘serious abuses’ in criminal justice system” (BBC World); “Hamas slammed over ‘torture, unfair trials‘ (France 24) and so on. The embarrassing charges against the thuggish Hamas regime don’t seem to have been reported at all by any of the major online Iranian news services. Not ABNA, not FARS News Agency, not Islamic Republic News Agency, not Tehran Times. We’re open to readers’ suggestions as to why… but we’re not offering prizes. 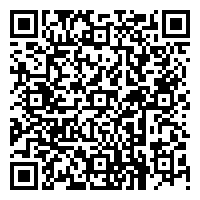