Keep in mind the murder spree carried out in Toulouse, France, during March 2012 by Mohamed Merah, a 23-year-old French-Algerian Islamist terrorist and (until his brief and bloody moment of infamy) a petty criminal.

He attacked and killed several French Army personnel, blaming it on the war in Afghanistan. Then at 8 in the morning on March 19, 2012, he rode up to the gates of the Ozar Hatorah school in Toulouse, part of a national chain of about 20 French Jewish schools:

He dismounted, and immediately opened fire toward the schoolyard. The first victim was a rabbi and teacher at the school who was shot outside the school gates as he tried to shield his two young sons from the gunman. The gunman shot one of the boys as he crawled away, as his father and brother lay dying on the pavement. He then walked into the schoolyard, chasing people into the building. Inside, he shot at staff, parents, and students. He chased an 8-year-old girl into the courtyard, caught her by her hair and raised a gun to shoot her. The gun jammed at this point and he changed weapons from what the police identified as a 9mm pistol to a .45 calibre gun, and shot the girl in her temple at point-blank range. [Source: Wikipedia]

He subsequently explained, before being shot to death in a face-off with French police, that the Jewish children needed to die because “The Jews kill our brothers and sisters in Palestine.”
Did he operate alone? For most parts of the mainstream news reporting industry, the answer was yes. In a blog post [“10-Feb-13: Suicides, haters and lone wolves“], we wrote:

Most media channels, up to and including those reporting on this week’s Spanish/Moroccan jihadist, persist in referring to the lone-wolf profile of Mohamed Merah for purposes of comparison. But Merah made 1,800 phone calls to his 180 contacts. And his brother was arrested almost immediately. And now two additional men. So in what way was he a lone wolf? Could it be that it’s less threatening, less discomforting, to their audiences if they are left to believe the man planned to do the killings on his own, devoid of an ideological/religious background? How unsettling is it for alert news consumers to try to make sense of the seemingly-endless ranks of young European men professing various expressions of the one religion as the justification for their acts of extreme prejudice, hateful murder and self-destruction?

Now here’s a brief update via a Reuters bulletin from yesterday.

France detains suspect in Toulouse killings investigation | Reuters News | May 18, 2013 | PARIS – French anti-terror judges ordered the detention on Saturday of a man on suspicions he aided an al Qaeda-inspired gunman prepare for a shooting spree last year, a judicial source said. Mohamed Merah killed four Jews and three soldiers in and around the southern city of Toulouse in March 2012 before he was shot dead by police. Anti-terror judges have put the unnamed 25-year-old detained man under formal investigation to determine whether he helped Merah steal a scooter that was used in the shootings. Merah’s brother Abdelkader has also been in detention since March last year on suspicion of complicity in terrorism, murder and theft. He denies being an accomplice in the killings… [Reuters]

Another Merah-related terror plot emerged in March. We reported it in “12-Mar-13: French Islamists mark anniversary of the death of Merah, the ‘lone-wolf’ terrorist, via fresh plot to kill innocents“

From Reuters today: Three suspected Islamist militants arrested in southern France appeared to be planning an attack in the days ahead, the Paris prosecutor said on Monday, the anniversary of an al Qaeda-inspired shooting that rocked France. Police found weapons and explosives at the home of one of the suspects in the town of Marignane, near Marseille, and intercepted communications between the men suggested they were close to going into action, prosecutor Francois Molins said. The three men, who were taken in for questioning last week with a fourth man who was later released, were to be placed under formal investigation later on Monday… The timing of the arrests was poignant, coming exactly a year after 23-year-old gunman Mohamed Merah began a rampage that killed three Jewish children, a rabbi and three soldiers in the southern city of Toulouse. He was subsequently tracked down and killed in a shootout with police… Molins said the arrested men, in their 20s, wanted to emulate Merah. “It was clear they were training themselves in making explosives based on a jihadist radicalisation, a glorification of Mohamed Merah, and an affirmed desire to go into action.”

There’s little doubt that thinking about home-grown made-in-Europe Islamist terrorists is easier to do when you categorize them as one-man bands. You can’t blame the French for wanting this to be true. The problem is with how reality keeps messing with comfortable theories.
Visit This Ongoing War.
Advertisement 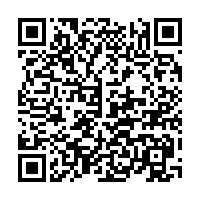