In the course of checking out the details of this morning’s rocket or mortar attack on Israel’s Eshkol region, we noticed that there was an attack at about the same time yesterday (Wednesday). How do we know? Because there’s an NGO called GANSO – funded to the tune of  €450,000 this year by the European Commission’s Directorate General for Humanitarian Aid (ECHO) – that reports online about threats to public safety and to the welfare of the workers gainfully employed by what are termed ‘humanitarian organizations’ inside the Gaza Strip. It refers to 120 such organizations.

Consulting their site, we note that yesterday morning:

That’s a direct copy/paste from their site. We interpret it to mean Palestinian terrorists (“ops.”) indiscriminately fired two rounds of mortar in the general direction of the other side of the fence, intending to hit something (anything) Jewish or Israeli in the vicinity of Kissufim (the name of a kibbutz as well as a border crossing point near it). But as happens, one of those fell short. It exploded on the Hamas side of the border and as far as they can tell, no one was hurt. From a quick survey, we see similar such “fell short” reports in the GANSO records for June 21, June 20 (several), and June 19.

How often do Gaza’s Palestinian Arab terrorists end up hitting their parents, children, spouses or neighbors? Do you see these self-inflicted losses reported in the news media that serve your community? Keep the question in mind the next time you hear of injuries or deaths in Gaza along with Israeli denials of involvement. Now you have proof of what the savages of the Gazan terrorist groups do to their own, and how rare it is to see such matters reach the news. 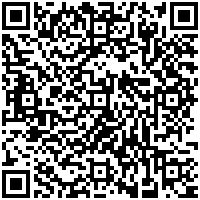