Beit Shemesh rose to international notoriety during Chanuka 2011, with a TV documentary hosted by then TV journalist Yair Lapid. During the documentary, we are introduced to a very scared 7 year old girl, Naama Margolise, who refused to go to Orot girls school in Beit Shemesh, due her being harassed by extremist ultra-orthodox protesters (“Kanoim”).

In addition, we see a national religious woman being spat at by an extremist ultra-orthodox man.


The central issue in dispute during that period was the attempted land-grab at Orot School, a national religious designated girls school located on the seam between the national religious and ultra-orthodox communities, by a group of extremist Kanoim.

The image of Naama Margalit became a symbol, overnight, of the struggle for peaceful neighborly relations in Beit Shemesh, respect for the law, and against the alleged ‘free-hand’ policy of the city towards hundreds of out-of-control Kanoim extremists.

Almost exactly two years later, this week MK Moshe Gafni has called upon Yair Lapid, now Finance Minister, to apologise for the “anti-chareidi tirade” which, he claims, was based on a slanderous lie. According to Gafni, there never was a spitting incident.

Gafni said that the police had closed the file, and that Internal Security Minister Yitzhak Aharonovich had stated this was because such a spitting incident never took place:

“Everyone knows that an Israeli political party was founded based on that spitting incident. One man made a television report of the incident on a Friday night, involving mass chilul Shabbos, and told all his viewers that a chareidi man spit at a girl in Beit Shemesh. We chareidi political representatives told whoever would listen that we do not believe the reports and that we never heard of such an awful thing happening.

“The incitement [against the entire chareidi community] that followed was terrible. Now it turns out that Yesh Atid [the political party of Treasury Minister Lapid] was founded based on a spitting incident that never existed. A chareidi did not spit. The Minister testified here in the Knesset plenum that no complaint was ever filed in the matter.

“I now expect that the one who prepared that report on Friday night, and is now the Treasury Minister, Yair Lapid, will come to the Knesset plenum and apologize. He should apologize to the chareidi community whom he turned into a society that spits at little girls. Let us see if Yair Lapid has the courage to ask for forgiveness.”

The police reportedly closed the “spitting file” – and this has promoted the sudden flurry of activity from the ultra-orthodox political leadership,who are now claiming that their public has been finally vindicated.

It is important to clarify there were actually two incidents in the Lapid documentary (see full Channel Two documentary below) involving spitting/harassment in Beit Shemesh:

Case One: Na’ama Margalese – the iconic 7 year old, filmed being scared and refusing to go to school.

Case Two: Alisa Coleman – the modern orthodox woman seen being spat at by an ultra-orthodox man

Case 1 did not go to the police. Perhaps this was because the TV item was filmed several months after the traumatic events, or because it was unclear what those events were, or who the culprit was. When Interior Minister Aharonovich reported that there was no complaint received by the police, he is referring to this case.

Indeed, Minister Aharonovich stated in response to MK Moshe Gafni: “I did not say that such an incident did not occur. Only that the police never got a complaint in the matter.”

Case 2 was reported immediately to the police by Mrs. Coleman, and criminal charges were brought in court against an ultra-orthodox resident of Beit Shemesh. Although there is video of the incident, and numerous witnesses, the case has now been closed by the police. According to reports, this was due to the two sides deciding not to pursue the case further.

Mrs. Coleman said today that she has not been contacted by the court, nor was she a party to any agreement to not pursue the case further. She is now seeking an explanation from the state prosecution department “why they decided to drop such a cast iron case, which was so politically charged?”.

When asked to comment on this case, MK Rabbi Dov Lipman, whose political journey which brought him to the Knesset started with the Orot Girls School protests, stated:

“We have a clear video of a man spitting on a woman. The police didn’t say the spitting didn’t happen. They simply could not prove that the guy who they arrested for it did it. That is the entire story.

“This does not relate to the four months of assaults on little girls that we experienced and that were also caught on video.”

The protests and campaign during Chanuuka 2011 in Beit Shemesh was about the land-grab at the Orot school by extremist “Kanoim”, and the intolerable behaviour by Kanoim to other members of the Beit Shemesh community.

In conclusion, with the closing of the Case Two, the alleged spitting at a national religious woman by an ultra-orthodox man, the police have not “vindicated the ultra-orthodox public” who Moshe Gafni stated in the Knesset that he represents.

The police have closed a file on one individual, in unclear circumstances, which did not constitute vindication for this particular man, and certainly not for his colleagues, arguably a few hundred extremist “Kanoim”.

As for the “entire ultra-orthodox public”, to whom Yair Lapid apparently now owes an apology, the closing by the police of the Coleman spitting case is neither here nor there.

As far as I know, no one ever alleged that the “entire ultra-orthodox public” was guilty of spitting at Mrs. Coleman! 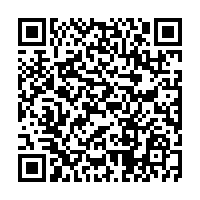