“And the border went up toward Debir from the Valley of Achor, and so northward, facing Gilgal, that is before the ascent to Adumim, which is on the south side of the valley, and the border passed toward the waters of Enshemesh, and the goings out thereof were at En-rogel (Joshua 15:7)”

Today, we are visiting a site which sat on arguably the most important road from Biblical times (and even today). Anyone driving through this extreme desert road from Jerusalem to Jericho, the Dead Sea or Masada has passed by here, although likely never stopped at this site. This area has incredibly breathtaking views, and includes a rich history and unique archeology. Additionally, Israel’s newest top nightlife and shopping attraction recently opened up here (for more on that, click here). Today this Jewish city, located in Judah and Samaria (West Bank) is of utmost importance to Israel’s national security and hold on Jerusalem, which is why every Prime Minister (right and left) beginning with Yitzhak Rabin made developing this area a priority. With that in mind, let us explore this timeless treasure!


In Biblical times, Maale Adumim sat on the border between Benjamin and Judah (see Joshua 15:7 and 18:17).

When the Bible referred to “Maale Adumim (translated as the Ascent of the Red)” it wasn’t exclusively referring to a particular town, but rather the stretch of road beginning in Jericho (400 meters below sea level) and steeply rising to Jerusalem (800 meters above sea level). The limestone rocks on this ascent are red, tinted by Iron Oxide, hence the name “Red Ascent”.

During the days of the First and Second Temple, Jews had an obligation to go on a pilgrimage to Jerusalem 3 times a year: Passover, Sukkot, and Shavuot (in the future, when the Third Temple is rebuilt the obligation will be reinstated). Jews coming from the Galilee, Jordan Valley, modern day Jordan, Lebanon, and Syria would ascend to Jerusalem on this road, and there were many inns along the way. Today’s Inn of the Good Samaritan Museum (one of the largest collections of Synagogue and Church mosaics in the world) is housed in an Ottoman Turkish Inn built upon a Byzantine Inn. It is believed that during Second Temple times, this was also the location of an Inn due to a Herodian era fortress found nearby which protected it.

In Byzantine times, a large monastery existed here (uncovered during construction of a new neighborhood of Maale Adumim in the 1980s) called Martyrius. The Monastery complex was huge, with mosaic floors and having 6 large cisterns, a dining room, a hostel for travelers and horse stables. It was damaged by the invading Persians in 614 CE and completely abandoned after the Arab conquest (circa 638 CE).

During the Muslim era, the area went through a long period of decline. In the 20th Century, the British paved the Jericho-Jerusalem Road naming it highway one, however they redirected the road from Jericho to nearby Lido (where the Dead Sea industry, hotel and nightclub was located) and so it remains today.

When Jordan occupied the land from 1948-1967, little development took place here. In 1967, Jerusalem and Judah and Samaria were liberated by the Israeli Defense Forces (IDF). At first the Israeli government (led by the leftwing Labor party) wouldn’t permit Jews to return or build homes here, because they were under the illusion that if Israel were to “return” the newly liberated land to the Arabs, they would be clamoring for peace (in August 1967, the Arab nations famously gathered in Sudan and disavowed any future peace deal regardless of land). Israel only allowed small settlements to be built in areas which were militarily necessary for strategic reasons (mainly in the Jordan Valley and Gush Etzion). After the Yom Kippur War in 1973, Gush Emunim (a religious-Zionist organization whose goal was to settle all the newly liberated lands in order fulfill the Torah command of settling their ancestral homeland, while restoring Jewish presence in the area) was founded. They began to settle this area in the mid-1970s. In 1977 Menachem Began (a champion of the settlement movement) was elected Prime Minister, and he made it easier for communities to be built throughout Judah and Samaria, resulting in Maale Adumim being granting local council status. In 1991, Maale Adumim became the first Jewish settlement to be officially declared a city (since then Betar Illit, Ariel and Modiin Illit have also received that recognition). Currently, many new neighborhoods are being built here and a flourishing community, including many native English speakers, call this place home. Twice, the city has won the Israel Ministry of Education prize for excellence and three times has won the “Most Beautiful City in Israel Award” by the Council for a Beautiful Israel. The area now sprouts several flourishing settlements, including Mitsphe Yericho, Vered Yericho, Anatot, Kfar Adumim, and several others. Together this bloc of settlements is known as the “Adumim Bloc” and retaining control of this area just west of Jerusalem is considered a rare consensus issue in Israel.

One of the crowning achievements of the city was the establishment of one of the first industrial zones in the settlements, which quickly became one of the premier industrial zones serving the Jerusalem area. Today, more than 300 companies have factories here and are a major employer for both Jews and thousands of Palestinians. For residents of the Palestinian Authority (PA) these jobs are highly sought after, because even those making Israeli minimum wage earn on average three times more than they would working for employers in the PA. They also get benefits underheard of in the Arab cities of Judah and Samaria such as mandatory paid sick days, legal holidays based on the Muslim calendar, paid transportation, Israeli healthcare, pension, and vacation time.

In mid-2021, a revolutionary game changer to the area occurred when Israel’s most luxurious mall, D-City, opened here (at a cost of $230 Million). It is a breath-taking architectural phenomenon, built by celebrity architect Gadi Halperin, to resemble the deluxe Venetian Resort in Las Vegas. Indeed, one who visits here can be forgiven for temporarily forgetting they are NOT in Italy but rather in an extreme desert! The mall has over 200 brand name stores (including several furniture stores) water fountains, nightly concerts, restaurants with a venetian ambiance and an amusement park with 40 rides. It will soon also have a hotel and convention center. This mall is projected to become the main shopping center for over 1.5 million Israelis (including Jerusalemites) for their home furnishing needs, a major rest way between the center of the country and Eilat and a major nightlife hotspot and a tourist attraction in itself. This is likely to create economic opportunities for the surrounding desert communities, who will open businesses catering to this increased traffic, thus accelerating the area’s growth (for more on this wonderful hotspot, click here).

Today there is so much to do for tourists in the area, including some of the best ATV/Jeeping in the country and hiking trails (including waterholes). On your next trip to Israel, in addition to visiting the Dead Sea and Masada, definitely take the opportunity to stop here and explore this stunning area! 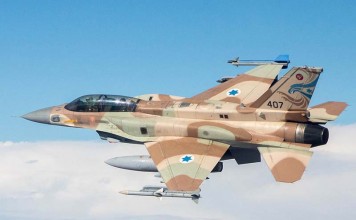 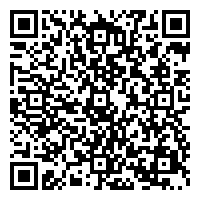