The Jewish connection to the city of Haifa dates back to biblical times. The Hebrew Bible tells that Mount Carmel which skirts the city of Haifa was a the hiding place of Elijah the Prophet. Elijah hid from King Ahab, after Elijah denounced him for idol worship. In what is now present day Haifa, the God of Israel sent a miraculous fire to consume an offering brought by Elijah the Prophet while King Ahab’s priests of Ba’al looked on seeing that their offering was false. During the Passover Seder and during the Circumcision ritual, Jews symbolically reserve a seat of honor for the Prophet Elijah.

The city of Haifa is also mentioned in the Talmud (the Jewish book of Oral Tradition) over 100 times. Around the 3rd century CE, the Talmud described Haifa as a small fishing village and the home of Rabbi Avdimos, as well as other Jewish scholars. Haifa was located just north of Shikmona, which was a center for making dye which was utilized to make the garments of the high priests in the Temple. It is also written in the Talmud that Shikmona had many wild fruit trees. During the Byzantine period, Haifa and Shikmona merged into one city. The name Haifa in Hebrew means “to cover or shield,” a reference for how Mount Carmel has served as a cover or shield for the entire city of Haifa since the Prophet Elijah found safety there.


In the 7th century, in the wake of the Arab invasion, the sea trade in Haifa was embellished and was dominated by Jews, while the civil administration and government were controlled by Muslims. The Jews of Haifa were also quite prominent in trade under Arab rule. The city was best known for dye-making and glass production. By the 11th century, Haifa was a thriving port city. However, in 1100, the Crusaders attacked the city of Haifa. The Jews fought alongside the Muslims against the crusader onslaught, yet without success. When the Crusaders entered into the city of Haifa, they massacred the city’s Jewish population.

In the 1700’s, Jews were among those who resisted Napoleon’s invasion of Haifa, while in the early 19th century, Jews from North Africa settled within the city. However, they weren’t the only Jews within Haifa. Kalonymus Ze’ev Wissotzky, one of the earliest supporters of the Zionist movement, established a tea house which still bears his name to this day in Haifa and upon his death; he left a significant amount of money to found the Technion in Haifa, which has the reputation of being the MIT of Israel. The Technion was founded in 1912 yet opened its doors formally after WWI. The Technion is also joined by the University of Haifa as world class educational institutions.

During 1948 Haifa was a gateway for Jewish refugees seeking to enter Israel from Europe. Presently Haifa is the third largest city in Israel, it is 90% Jewish, while 10% are Arabs, predominantly of the Christian religion. It is a major regional center of Northern Israel with a port engaging in both heavy commercial as well as passenger traffic. Rambam Hospital which serves all of Northern Israel is also located in Haifa. It is also the sister city of San Francisco. 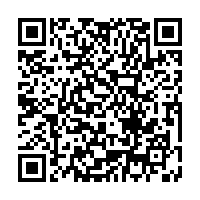