The majority of Israeli terror victims are opposed to releasing terrorists in order to jump start peace negotiations with the Palestinians. So says Mark Belzberg, Chairman of One Family, an Israeli organization which assists victims of Palestinian terrorism.

Belzberg issued his statement in response to a US suggestion that Israel release Palestinian terrorists from the pre-Oslo period as a goodwill gesture to encourage the Palestinian Authority to negotiate with Israel. Israel has agreed to release 82 Palestinian terrorists with blood on their hands in the course of four stages over the next eight months, yet has refused to set free Israeli Arab security prisoners.

“Whenever terrorists are released, it brings back the horror and terror, even if the released terrorist wasn’t the one who did it to you,” said Belzberg. “It hits the terror victims in the heart. It brings back grief and anger and it is very difficult for them.”

For example, Belzberg says half of Israeli terror victims supported the Gilad Shalit prisoner exchange for this reason. Although it was painful for them to see murderers walk free, and in many cases return to terror, they saw the tangible benefit of a young man regain his life. Belzberg also argues that many victims would consent to releasing Palestinian terrorists in exchange for the freedom of Jonathan Pollard, viewing it as a means to correct a miscarriage of justice that would permit Pollard to live out the rest of his days in peace.

The vast majority of Israeli terror victims, however, do not support releasing Palestinian terrorists simply to pursue peace talks that they doubt will lead to peace. “If you took a life, you should be punished … If you are releasing a person who should be executed, there is a sense of injustice being done,” Belzberg says.

While he understands that the Americans are making this request for pragmatic reasons, Belzberg said on behalf of the victims that “this Palestinian request shouldn’t be condoned.”

What Just Happened to the Peace Talks?!

The Voice of One Terror Victim: “We Are Being Left On Our Own”

Netanyahu: Do Not Release Jailed Terrorists 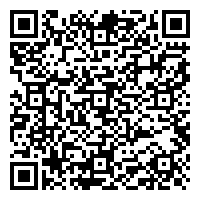