Palestinian journalist Mudar Zahran claims the Hamas government in Gaza is corrupt, abuses its people and is to blame when Israel is forced to air-strike terrorist targets.


“Having a confrontation between Gaza and Israel is good business for Hamas, who makes a lot of money off of the deprivation of average people in Gaza. Hamas is to blame for every thing that happens in Gaza. They don’t care for the blood and humanity of their people,” Zahran claims. “Hamas is creating a situation where scarcity and poverty help make people submit. This is nightmarish. The only job Gazans can have is joining Hamas.”

Yet at the same time, Zahran has emphasized that due to the rise of President Morsi in Egypt and the international political situation, it is better for Hamas if the Palestinian Islamic Jihad, and not them, gets the credit for initiating the violence. According to Zahran, “Hamas is not about Islam any more but business and investment. It is a true dictatorship. It is willing to sell its own Islamist values for the sake of money if the right price is offered.”

He continued, “People should realize that Hamas has changed. Hamas now wants interest, whenever they can find it. They will give in for whoever they are getting money. Hamas leaders now have a lot to lose if they are killed or attacked. They have houses, German cars, millions of dollars.” For this reason, Hamas gives the Palestinian Islamic Jihad the green light to operate against Israel, while refraining from taking actions on their own, so all Israeli retaliations will affect the Palestinian Islamic Jihad more than them, while the blockade works to distract the Palestinian people from Hamas’ oppression and to consolidate Hamas rule over Gaza.

Zahran claimed, “I feel even sorrier today for the people in Gaza as Hamas is pulling a publicity stunt with their blood. Ultimately Gazans are paying the ultimate price for Hamas arrogance, ignorance and stupidity.” He continued, “Every year, Israelis should expect a couple of occasions where Hamas attacks, which shows how little value Hamas has for its own people when Israel counter-attacks. Even if I was an Islamist or pro-Hamas, it would be very stupid to send a rocket that rarely causes damage to receive F-16’s in return. They hide in the bunker and let their own people suffer.”

Zahran concluded, “The world should do something to counter Hamas as it is just like al Qaeda, willing to butcher its own people. I cry for anyone hurt from my people but I take the blame on Hamas and Hamas only.” Zahran believes there is no military solution to the Gazan problem. He suggests empowering moderates in Gaza to overthrow Hamas by getting an outside entity to provide Gazans with jobs and the economic means to throw off the yoke of Hamas. He believes that should this happen, Hamas could be overthrown within a few years.

A Hebrew in the Heartland – Mountains of Israel: A Taste of Heaven [audio] 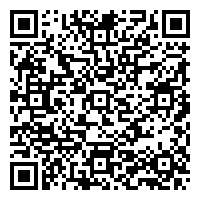