Rachel’s Tomb, located in the northern outskirts of Bethlehem, about 400 yards south of Jerusalem, is the third holiest site in Judaism after the Temple Mount and the Tomb of the Patriarchs in Hebron. For the past 1,700 years, the site has been identified as the burial place of the Jewish matriarch, Rachel, and Jews were known to pray at the site for over the past 3,000 years. Rachel, the beloved wife of the patriarch Ya’akov, died during childbirth as the family was traveling to Hebron.

Rachel’s Tomb in the Hebrew Bible

They set out from Bayt-El; but when they were still some distance from Efrat; Rachel went into childbirth, and she had hard labor. When her labor was at its hardest, the midwife said to her, “Have no fear, for it’s another boy for you.” But as she breathed her last –as she was dying– she named him Ben-Oni, but his father called him Benyamin. So Rachel died. She was buried on the road to Efrat — now Bethlehem. Over her grave Ya’acov set up a pillar, it is the pillar at Rachel’s grave to this day.

Whenever the Jewish people faced sorrows, throughout the generations, they would traditionally pray for Rachel to cry for them at Rachel’s Tomb, believing that her tears to God have special powers. Since she herself was childless for many years, many Jewish women visit her grave in order to pray to have children, although other members of the Jewish community who face troubles also visit her grave. Thus, as the third holiest shrine in Judaism, Jews across the Diaspora maintained a spiritual connection to Rachel’s Tomb over the centuries and paid for the holy sites upkeep.

According to Jewish tradition, the matriarch Rachel has always cried for her people whenever the Jews needed her. Ya’akov reportedly buried Rachel in Bethlehem, instead of in the Tomb of Patriarchs in Hebron, because he foresaw that his descendants would need her prayers en route to exile in Babylonia. Additionally, Yosef, Rachel’s eldest son, was the first Jew to pray by her grave. According to a Midrash, Yosef broke away from his captors temporarily en route to bondage in Egypt and cried out at her grave,

“Mother, my mother who gave birth to me, wake up, arise and see my suffering.” Rachel replied, “Do not fear. Go with them, and God will be with you.”

The tomb of esteemed Rachel, the mother of our Lord Joseph…they (the Jews) are accustomed to visit it from ancient days; and no one is permitted to prevent them or oppose them (from doing) this.

Another Ottoman decree, dated 1831, orders that all obstacles be removed that were in place that interfered with members of the Jewish community that sought to visit Rachel’s Tomb.

In 1615, Mohammad, Pasha of Jerusalem, had rebuilt Rachel’s Tomb on behalf of the Jewish people. In 1841, Jewish caretakers were given exclusive ownership of the place. And in 1845, the entire Rachel’s Tomb compound was redone with the permission of the Turkish authorities by Moses Montefiore. 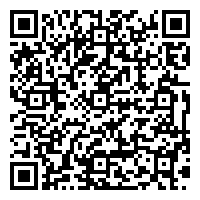