According to a video presented by Palestinian Media Watch, senior PA official Jibril Rajoub, a member of the Fatah Central Committee, and the head of the Palestinian Olympic Committee, has emphasized in an interview that “all of Palestine, from the river to the sea, it’s all occupied.” The clear implication is that Rajoub does not accept Israel’s right to exist under any borders, including the 1967 borders. According to Rajoub Tel Aviv, Haifa, Jerusalem, Tiberias, Safed, and Beersheba are the equivalent of areas under Palestinian Authority control, such as the Gaza Strip, Jenin, and Ramallah.


Rajoub is not the exception, but rather the rule regarding official Palestinian Authority views of the State of Israel. Not too long ago, PA TV broadcast a song called Oh Flying Bird which claimed that Tiberias, a historically Jewish city considered Holy to the Jewish people is occupied Palestinian territory. Other places within mainland Israel that the song claimed were Palestinian included Safed, Haifa and the Negev. PA daily Al Hayat Al Jadida reported the entire Negev as occupied despite Jewish connections there dating back to Biblical times. Palestinian Authority Minister of Religious Affairs, Mahmoud Al Habbash, has even gone as far as denying the Jewish connection to the Western Wall.

The PA’s denial of the fact that the Jewish people are indigenous to Israel with a continuous Jewish historical connection to the Holy Land for over 3,000 years, makes it difficult for Israel to find a partner for peace in the PA.

This was not the first time that Rajoub has incited against the State of Israel and the Jewish people. In the past, he stated that he supported dropping nuclear bombs on Israel if the Palestinian Authority possessed such weapons. He also stated that he was prepared to bring the Executive Committee in helicopters from Jordan just so that they would not have to see “no Jews, no Satans, and no Zionist sons of bitches.” Rajoub is opposed to all normalization with Israel and furthermore, is a proponent of utilizing violence to achieve his political aims.

He claimed, “Whoever invades our territory, will leave in a wooden plank (i.e., in a coffin). This land is our land… Out of loyalty to your blood, Yasser Arafat, […] we will not return the sword to its sheath until there is a state… Resistance is Fatah’s strategic right – in all its forms.” Rajoub has also stated that it is racist to commemorate the Israeli athletes who were murdered by Palestinian terrorists during the 1972 Olympic Massacre and has equivocated a terrorist throwing a hand grenade and building schools as forms of legitimate activism. For statements like these that were exposed by Palestinian Media Watch, Rajoub is presently prevented from entering Israel. 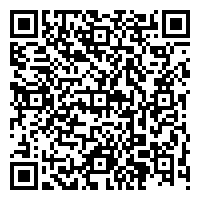