Ceylan Ozbudak is a Turkish TV commentator, peace activist, and supporter of the State of Israel. Ozbudak says she values the fact that

According to Ozbudak, “People in the region look up to Israeli religiousness and this have set an example for other Muslims in the region.” Turkey, for example, has more mosques per capita than any other country in the world, even Saudi Arabia, and average Turks usually pray. Mosques are always full in Turkey. Thus, when the Jewish people value and respect their religion, it helps advance the cause of peace, for it helps Israel to fit into this very religious region of the world.


Ozbudak believes that Muslims around the world should recognize Israel’s right to exist:

According to Islam, Jews have the right to live in Israel until the day of resurrection, the end of the world. The Qur’an says, “Dwell in this land and when the promise of the End of Day comes to be fulfilled, we shall ensemble you there.”

She believes Hamas opposing Israel’s right to exist is merely one of many ways in which Hamas is behaving un-Islamically. Other manifestations include harming innocent people in violation of Islamic laws on armed conflict and engaging in offensive rather than defensive wars.  Ozbudak says that, “There is also no offensive war in Islam, only a defensive war. You cannot fire rockets at a place that is not fighting with you.”

Ozbudak is very much opposed to radical Islam. She claims,

They hate women, animals, art, science, every thing beautiful. What they are doing has nothing to do with Islam. It is a great danger to Islam.

Our Prophet had agreements with Jews and Christians, and they got along with them. The first Islamic country had Jews, Christians and Muslims living in peace. Caliph Umar invited the Jews back to Jerusalem. We learn Islam from these people. Al Qaeda and the Taliban have nothing to do with this.

Ozbudak, as an advocate for peaceful coexistence between Muslims and Jews, believes that the main obstacle to peace in the Middle East remains ideology. Thus, the ideology of hatred that permeates the Arab world needs to cease. She believes that the best way to diminish this hatred is to promote people to people interactions among the various peoples of the Middle East so that the peoples of the region can coexist with each other. In other words, peace should be built up from the bottom upwards.

Unfortunately, Ozbudak and her group in Istanbul that supports peaceful coexistence within Israel have been targeted by radical Islamists for their beliefs. Evidently, al Qaeda had a list of targets within Istanbul. The first on the list was a synagogue, yet Muslim scholar Adnan Oktar, with whom Ozbudak is affiliated, was number two on the list.

Ozbudak believes this is because Oktar has been very outspoken in favor of peaceful coexistence with Israel. In fact, he and his friends have even held four conferences within Israel itself, as well as hosting members of the Israeli press and political leadership. Chief Rabbi Yisrael Meir Lau and Israeli Deputy Minister Ayoob Kara, among others, have appeared on his TV show.

Nevertheless, despite the risks, Ozbudak believes that “someone should speak up and say the truth, so others can follow.” In an era when radical Islam is on the upswing, it is refreshing to have a Turkish voice such as Ceylan Ozbudak supporting peaceful coexistence with Israel. 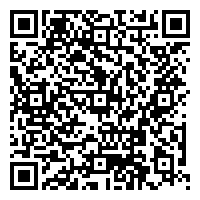