I heard the sirens from my office but didn’t have a chance to open the internet when my son serving on the Gaza border called me to make sure that I am safe. How did he hear about it before I did?

Yesterday I attended a meeting at the Kishle, the Old City police headquarters by the Tower of David Museum. We discussed plans for the upcoming music festival which will take place at the end of March and the necessary security arrangements which need to be made.  As the organizers reviewed the different performances with the police I raised my hand and asked how we were going to convince people to attend. Awesome performers throughout the Old City can be a real draw, if people aren’t scared for their lives.


And now, here we go again. 5 injured in a stabbing attack at Jaffa Gate. Seriously injured. A five minute walk from my house. ..from the Kotel…1 minute from Mamilla. How did the perpetrators slip through the security net? Do I know the victims? Does it even matter if I do?

As I walked home from work I passed by the Hurva Square, the main plaza in the Jewish Quarter and it was teeming with tourists and residents. The sun is shining, the restaurants are full and people are out and about.  Either everyone is uninformed, unaware or…or…maybe everyone is choosing to grab the moment and not capitulate to terror.

Before Chanukah I tried, unsuccessfully, to convince the mayor’s office to run a campaign to bring people to the Old City for Chanukah. My slogan was “Luckily Judah the Maccabee was not afraid of the matsav, situation. Had he been…there would be no Chanukah!” Well, they didn’t run the campaign, although they put up a great light and sound show at Jaffa Gate for the non-tourists to see. And not too surprisingly, not many tourists, local or otherwise, made it to our alleyways on candlelight tours.

We’ve polished our menorahs and put them away until next year. We’ve had out fill of latkes and sufganiyot and are now working off the extra calories. And the gelt has all been spent. And I ask, Mr. Judah Maccabee, what is left for us after all of our 8 days?

Last Friday my husband and I joined a tour of the Acra Fortress in the City of David with noted historian Eyal Meiron. We got a close up view and explanation of the site which was identified last month after 150 years of searching.  Meiron does not agree that what was found is the Acra, as according to the book of Maccabees it was destroyed to the foundation. In his opinion, and based on historical evidence, he believes that what was found was a fortress built by none other than Judah Maccabee! Wow!!!!

And how does all this tie in to today’s unfortunate, tragic events at Jaffa Gate? Am I angry? YES!!! Am I despairing? NO!!! And am I willing to fight for what is right? YES! Those Maccabees…they were here, in my neighborhood, fighting against all odds against a much greater power.

Yesterday Greece (Chanukah déjà vu?) voted to recognize Palestine as an independent state. BDS is alive and kicking. We have world opinion against us.

And against all odds, we will continue to fight for what is our right.

What does Zecharia the prophet’s give as a sign that the geula (redemption) is nearing? “Once again old men & women will sit in the streets of the city…and boys and girls will play in the streets” (8:4-5)

On Monday the municipality started to renovate our neighborhood basketball and soccer courts. They will soon start to upgrade our playgrounds also in Gan HaTekuma by the Old City walls.

It may not be easy, and is fraught with pain and riddled by evil, but WE are living the dream. 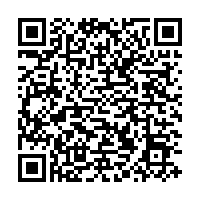