Earlier this month, Glenn Beck, known for his comparisons between Nazi Germany and President Obama and liberals in the United States, rented a number of rooms in the Grand America Hotel in downtown Salt Lake City, Utah, for an exhibition, among other things, of his personal collection of Nazi memorabilia.

The exhibition, which received little attention outside Salt Lake City, featured a hooded KKK cape, a swastika banner that was used at Nuremberg, a copy of Mein Kampf signed by Adolf Hitler, the love letters of Hermann Göring, a satin handkerchief with Hitler’s blood, and an early edition of Anne Frank’s Diary.

The Salt Lake Tribune’s Alexandra Karl commented that “the proximity of the bloody handkerchief with Anne Frank’s diary was deeply offensive, and insensitive to Salt Lake City’s Jewish community. Among them are Holocaust survivors and their descendants, including myself, who found this profoundly distasteful.”

“Just imagine exhibiting Osama bin Laden’s blood together with an item belonging to a 9/11 victim,” Karl added. “The thought turns the stomach and is the very zenith of ignorance.”

According to a comment by Renee Nal on gather.com, Beck responded to Karl’s criticism on his show, asking: “What was to the right of the ‘KKK’ and ‘Hitler’ stuff?” and explaining that Japanese Internment Camp memorabilia was also on display—which was not mentioned by Karl.

All of the above is related to Beck’s new “Man in the Moon” event, which he performed to a sold out audience of more than 16,000 at USANA Amphitheater outside Salt Lake City. According to Beck, the event used a mix of film, music, dance, fireworks and spoken word, to create an “immersive storytelling experience unlike anything that had ever been seen before at this scale.”

“Beck wanted to tell the story of America, good and bad, before history is ‘progressively sanitized,'” wrote Nal, adding in a style only a Glenn Beck fan would wield this skillfully: “Speaking of the Japanese Internment camps, they have something in common with ObamaCare. They were both deemed legal by the United States Supreme Court.”

I went looking for a comment from the Anti Defamation League website and found no reference to the Beck exhibit, so I’ve no idea whether to feel offended by the fact that Beck saw fit to spend money on a sample of Hitler’s blood. Having written extensively about the cloning of a great Jewish rabbi, I shudder at the “Boys from Brazil” implications.

It could also be that Glenn Beck is just this side of disturbingly odd, and that we shouldn’t be so uptight about his choice of a hobby. As to ObamaCare being modeled after Japanese internment camps—come to Israel and I’ll introduce you to a single payer plan—call it MaccabiCare—that works better than anything you’ll find in the vicinity of Salt lake City.

Who Is a Jew? Probably Not Julia Salazar 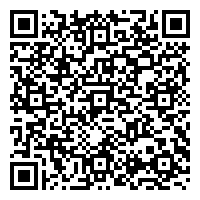