Jewish Home Chairman and Minsiter of the Economy Naftali Bennett and other National Religious politicians have been threatening that, should the coalition government approve a new deal with the Palestinians requiring settlement dismantling, they would walk.

With that, they are playing directly into the hands of the enemy—Bibi and Tzipi and Yair and Buzhi.

Don’t do anybody any favors, Jewish Home, stay in the government, hold on to your seats of power. You will be much more useful to us inside the tent than screaming like insulted children outside.

But make sure not to join with the forces trying to delude us. It could get tricky, it would require being adults, thinking before we act, that kind of thing. I’ll explain.

The optimists among us, Zionist, observant Jews, assume that there’s no chance for any agreement to come out of the current negotiations between the Netanyahu government and the Palestinians. But even if it turns out that the optimists were right, a sane and responsible public must prepare for every contingency, including the possibility that an Israeli government will, indeed, endorse and turn into law a plan to retreat from Judea and Samaria and to uproot Jewish settlements.

The worst mistake committed by the Jews of Gush Katif in 2005 was their psychological investment in a denial of the inevitable until the very last moment. Sadly, after 60 years of living as an independent Jewish community in a Jewish State, our brothers and sisters of Gush Katif continued to believe that “It will never happen here.”

My late father told me that in the first week of September, 1939, as the German army was invading Poland, his father’s neighbors gathered in our family’s living room, to listen to our radio. At some point, the Polish announcer reported that England and France, Poland’s allies, declared war on Germany.

There was a great sigh of relief in the room. People knew it was now just a matter of time before this crazy Hitler would be put in his place.

And when he wasn’t, and the Nazis invaded, the Jews of the Lodz area, where my family lived, were certain the new rulers would never actually carry out their antisemitic policies. And when they were rounded up and marched with their few belongings from their small town to the Lodz ghetto, they were certain this was just part of the war effort—they were all quickly put to work in the city’s textile industry. Still, they were certain this terrible situation would soon be over. After all, what were the Germans going to do, kill all of us?

God, our heavenly teacher, taught us a crucial lesson in those years, about the promises made by our enemies to “solve” the “Jewish problem,” and the fact that they fully intend to fulfill them.

And so I promise you, with not a shred of doubt, that Tzipi and Bibi and Yair and Buzhi have decided to solve their “problem.” No, they are not Nazis, God forbid, but we  stand between them and the forced “peace deal,” and they will do their best to get us out of the way.

It wasn’t Ariel Sharon, or Dan Halutz, or Ehud Olmert, or Moshe Katzav, or the nasty soldiers, or the brutal policemen who defeated the sweet men and women of Gush Katif. It was their delusional belief that the promised hitnatkut-disengagement, the scrubbed up term for deportation, would never come. It was this loony tune thinking that prevented them from preparing for the worst, standing up for their rights, acting like men and women to defend and protect themselves.

We must assume that the Israeli government will, indeed, pursue the dismantling of settlements at some point this year or next. We must embrace, like adults, the Jewish approach that “One should not rely on a miracle.” 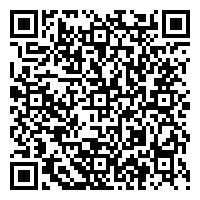