In today’s New York City, St. Patrick’s Day brings to mind the parade of many inebriated folks and the green beer they imbibe. But 50 years ago, according to NPR’s news program All Things Considered, it also meant green matzo balls at the annual banquet of the Loyal League of Yiddish Sons of Erin. The league was a fraternal organization of Irish-born Jews.

Hasia Diner, who teaches history and Judaic studies at New York University, says the large scale immigration of Jews to Ireland, primarily from Lithuania, began in the 1880s and ’90s.


Then, by the 1920s, Irish Jews started moving to the new world, primarily to New York. Like other immigrant, they kept in touch with one another, and in the early 1960s formed the Yiddish Sons of Erin. According to one of the members, Rosalyn Klein, it started as a joke.

“An advertising agency was trying to get some business for Moskowitz & Lupowitz, which was a Jewish restaurant,” she says.

The restaurant took out a newspaper ad for a meeting of Irish Jews, not really expecting a big response – but a lot of Irish Jews showed up.

“And most of them had lived in Dublin, so it was kind of this mishpocha getting together again,” Klein says.

“Getting together it was like a family, it was a party,” says another member, Bernetta Nelson. “Somebody would take out a harmonica and start playing, and they’d all start singing. It was really a hoot,” she describes. “There’s nothing quite like listening to Yiddish spoken with an Irish accent.”

The group’s president was AFL-CIO head Michael Mann, they met once a month at the union hall. In summer, The Loyal League of the Yiddish Sons of Erin picnicked in the Catskills.

But the group’s biggest event was the annual Erev Saint Patrick’s Day Banquet, a formal gala at the Americana hotel, with big band entertainment, kosher corned beef and green bagels.

“Tickets were at a premium,” Nelson says, “there were fights over tickets to this function. They used to have Jerry Stiller and Anne Meara perform for us because he being Jewish, and her being Irish.”

But as the older generation of Irish-born Jews died off, the organization gradually faded away, together with the memories of green matzo balls on Erev St. Patrick. 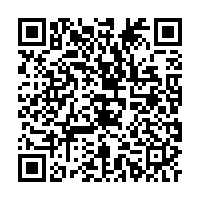