For the first time since the start of the coronavirus pandemic, Israel’s Health Ministry announced Thursday night that a record 4,015 new cases of COVID-19 were diagnosed in the past 24 hours. It is the first time the number of daily new cases has passed the 4,000 mark, and a horrific indication of the current situation in the Jewish State. Equally sad, the death toll rose to 1,075, a number that has increased by 22 deaths since the previous day. There are at least 487 very serious cases, out of whom 137 require respirators to survive.

The statistics made the discussion by the ministers of the Coronavirus Cabinet meeting Thursday night that much more urgent as they debated and battled to decide how the government and the health system will meet the challenge of stemming the spread of the SARS-CoV-2 pandemic in Israel, as the High Holy Days rapidly approach.


Both Health Minister Yuli Edelstein (Likud) and Coronavirus Czar Professor Roni Gamzu recommended a lockdown – or at the very least, a “tight restraint” – as a means of bringing the exceptionally high level of infections back under control.

It was a recommendation that did not sit well with many in the cabinet, although there were few options left that had not already been tried — and failed.

The Finance Ministry warned that a general lockdown will cost the nation’s economy approximately NIS 15-20 billion. The Federation of Israeli Chambers of Commerce said, however, the losses would amount to approximately NIS 30 billion, with the real cost reaching possibly NIS 40 billion, and 100,000 people losing their jobs, Ynet reported Thursday.

Nevertheless, there may be no other option.

Edelstein told listeners in an interview with Galei Tzahal Army Radio earlier in the day Thursday that Israel appears to have exhausted all its options in the battle to contain the spread of the pandemic.

“We have no choice but lockdown,” Edelstein said. “It saddens me that the morbidity rate does not allow for any other possibility. For three months I tried to fight this battle in another way,” he said.

Likewise, Gamzu told reporters ahead of the Coronavirus Cabinet meeting this evening that hospitals have “raised a red flag,” indicating they are close to being overwhelmed.

“Prof. Gamzu and the hospital directors came to the Corona Cabinet today and waved the red flag,” Prime Minister Benjamin Netanyahu said in a statement to media.

“They said that even though the number of severe cases in Israel is still relatively low, this could change in an instant and the hospitals will then be unable to treat them and there will be many severe cases and many deaths.

“They said that action must be taken – but we need to take action sagaciously and not recklessly; therefore, this takes many hours and, on the other hand, we must make a decision early enough so that we will all be able to get organized for the holidays, for Yom Kippur and of course for Rosh Hashanah. I believe that a solution will be found that will stop the morbidity and allow us to emerge from the restrictions gradually and responsibly.”

According Gamzu’s proposal, a general lockdown to begin on Rosh Hashanah – which at this point is likely – would last about a month, from the start of the Jewish New Year straight through to the end of Simchat Torah, the end of the holiday of Sukkot on October 9.

This means education institutions, places of employment, restaurants, tourist sites and all entertainment venues will be shut down as they were during the first lockdown earlier this year.

Under a “tight restraint” scenario, there would be a curfew on the days of the actual holidays. On regular days, schools could operate up to the fourth grade, and places of employment that do not deal directly with customers would be able to operate under “emergency” conditions.

Restaurants and leisure venues would still be closed – once again dealing a difficult blow to the economy and to those who are dependent upon the tourism industry, particularly during the High Holy Days season, to survive.

“Red Zone” rules will apply for praying at synagogues and other “interior” venues. “Outside minyanim” or prayer quorums will be allowed both under lockdown and “tight restraint” guidelines.

Former Health Minister Yaakov Litzman (UTJ), who represents the strictly Orthodox population and who currently serving as Housing Minister, has accused Netanyahu of “ruining the holidays.”

Netanyahu responded that he is “not ruining the holidays, but rather working with common sense to prevent an even higher morbidity and higher death toll. We aren’t changing any decisions,” Netanyahu added.

Finance Minister Israel Katz (Likud) proposed a night curfew, similar to that which is already in place in the 40 ‘restricted zones.’

“A general closure is a decision that does not look at the economy,” Katz said, according to a Hebrew-language tweet Galei Tzahal. “If steps are taken now, a general night curfew could be made from 7 pm to 5 am nationwide. This is how the health system could be helped,” he said. 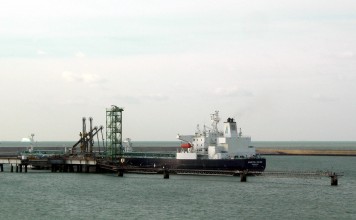