Some 25 years ago, I sat in on a briefing of some pro-Israel activists conducted by Steve Rosen, who was then AIPAC’s director of foreign-policy issues. It was the heyday of the Oslo Accords, in which the Israeli government led by Prime Minister Yitzhak Rabin was gambling on the willingness of the Palestinian Liberation Organization’s Yasser Arafat to make peace. Some of those present were opponents of the agreement and were deeply frustrated by the lobby’s support for the peace process, which they believed was harming the Jewish state.

Rosen’s reply to those present that day was clear: AIPAC’s job is to support the policies of the government of Israel. Period. If you don’t like what that government is doing, then tell your friends in Israel who oppose Rabin to win the next election. Until then, anyone connected to the lobby had two choices: Get on board with the group’s support for Oslo or shut up.

There was some irony in that pronouncement since Rabin believed that AIPAC wasn’t wholeheartedly cheerleading for a course of action that ultimately proved to be folly. But Rosen was right when he said that the lobby viewed its job as making the case for the government of Israel’s policies, whether the group’s leaders liked them or not.

That was just as true in the early 1990s, when Rabin and Shimon Peres were seeking a “New Middle East” in which the Palestinians would embrace peace as it was under all the Israeli governments that followed as Benjamin Netanyahu, Ehud Barak, Ariel Sharon, Ehud Olmert and then Netanyahu again took control in Jerusalem. During every twist and turn in Israeli policy over that quarter century, the lobby faithfully stuck to the brief that Rosen had mapped out. When Israel’s voters put in place leaders that backed the Oslo approach, AIPAC instructed its professionals and their volunteer activists throughout the nation to tell members of the House and Senate to support that line. When Israel’s policies changed, so did AIPAC’s marching orders.

That may be about to change.

Reports out of Washington are indicating that AIPAC is doing something it has never done before: signal members of Congress that they won’t complain or work against them if they criticize the Netanyahu’s effort to extend Israeli law to West Bank settlements in line with the terms of President Donald Trump’s “Peace to Prosperity” plan unveiled earlier this year.

AIPAC has formally denied that it’s encouraging anyone to publicly oppose Israel. But the signals it is sending out indicate that as long as members of the House and Senate avoid calling for halting or conditioning U.S. military aid to Israel unless it backs down on annexation, the lobby will accept it. That’s the sort of distinction that AIPAC has never made before.

Why is the lobby suddenly charting its own course in this manner, rather than backing Netanyahu?

Some of its leaders may still believe in a two-state solution or are opposed to annexation. Though despite arguments from Netanyahu and Trump’s critics, the measure would still allow for an independent Palestinian state, few in Israel think the idea is viable in the absence of a credible Palestinian peace partner. But like most Israelis, Netanyahu thinks AIPAC’s job is to back his positions, not to dictate to the Jewish state.

AIPAC leaders also believe that Israel’s embrace of Trump and his plan undermines one of the key purposes of the lobby: maintaining bipartisan support for Israel.

For decades, AIPAC has carefully nurtured support for Israel among both Democrats and Republicans. In the last generation, however, the two parties have changed. Though the majority of their congressional caucus is still supportive, many Democrats have moved away from a position of ardent support with some moving into outright opposition as intersectional arguments that falsely claim Israel is an oppressor state are accepted by the party’s left-wing base.

By contrast, the Republicans have become a lockstep pro-Israel party—a process that culminated in the Trump administration’s endorsement of Israeli sovereignty over Jerusalem and the Golan Heights. That was also coupled with efforts to hold the Palestinian Authority accountable for its support of terror and payments to terrorists, and the U.S. withdrawal from the 2015 Iran nuclear deal. But anything Trump is for, Democrats are bound to oppose.

That creates a dilemma for the lobby. Does it loyally back Israeli policies or hedge its bets in order to maintain ties with Democrats, who both loathe Trump and are increasingly hostile to the Likud-led coalition government in Jerusalem?

AIPAC appears to be picking the latter course. Although it hasn’t joined major liberal Jewish groups in opposing annexation, its silence is tantamount to opposition.

If the Democrats win back the White House, as well as control of Congress in November—an outcome that can’t be discounted—that might seem like the correct move. But Netanyahu will still be in power in Israel next year, and there is at present no conceivable scenario in which there will be an Israeli government whose policies are more in sync with those of the Democrats rather than Trump.

If AIPAC is going to worry more about what the Democrats want rather than seeking to persuade them to back Israel’s policies, then it has for all intents and purposes become one more liberal group, and not the reliable force it has always been. Its right-wing critics, such as the Zionist Organization of America, have been saying as much for years. Until now, those criticisms have not been entirely fair since the lobby’s efforts to preserve a crumbling bipartisan pro-Israel consensus were crucial.

While bipartisanship is important, that doesn’t excuse AIPAC’s willingness to wink at those who oppose Israeli policies. Moreover, it’s AIPAC’s duty to make the case for the decisions of Israel’s governments to Democrats, not to lobby Netanyahu to bow to their demands.

That means it’s up to AIPAC to stop temporizing and start telling Congress that annexation is Israel’s right, and that it poses no threat to the interests of either the United States or the Jewish state. Though Netanyahu’s American critics believe they know more about what’s good for Israel than him, if the organization can’t or won’t rally behind the government, then its time as a unifying force for the pro-Israel community is truly over. 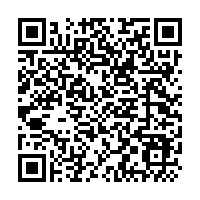