Israel’s Health Ministry said in a statement Thursday night that the United Arab Emirates has been added to the list of countries with a “severe” travel warning.

The move came in a situation assessment held on June 15. In addition, Peru was removed from this list, the Health Ministry said.

The ministry emphasized, “if there is no significant improvement in the level of morbidity in the above countries, they are expected to enter the list of countries at maximum risk. The public is called upon to plan its travels accordingly.”

Current regulations state that the exit of Israeli citizens and residents (except for exceptions approved by the Exceptions Committee) is prohibited to countries at maximum risk. At present, these include Argentina, Brazil, South Africa, India, Mexico and Russia.

In addition, all arrivals (of all ages, including recovering and vaccinated) from these countries are required to enter home quarantine.

“The above is valid until June 27 and will be extended as necessary,” the ministry said.

One of the reasons that Israel is taking such a stringent stance has to do with concerns that its citizens may become infected with the COVID-19 “Delta” variant first detected in India.

The variant has, in fact, arrived in Israel together with travelers from affected countries, but thus far there are no reports of the variant’s swift or wide-ranging spread, at least in the Jewish State.

That may be because the vast majority of the Israeli population has already been fully inoculated against COVID-19; it is believed the Pfizer, Moderna and AstraZeneca vaccines are effective in protecting people against it.

The “Delta variant” is, however, considered much more contagious than any other variant of the virus to date. It is also suspected to cause more severe symptoms.

It has so far spread to more than 80 countries around the world and health officials say it is continuing to mutate. At present, at least ten percent of all new cases of COVID-19 are “Delta variant” positive in the United States, up from six percent just last week. The variant has been diagnosed in at least 35 states across the United States.

The “Delta” variant is also currently responsible more than 60 percent of the COVID-19 cases in the United Kingdom. It is also suspected that a “Delta Plus” variant has developed as a mutation of the “Delta variant.” 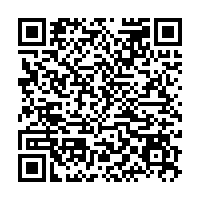