Israel’s top officials vowed Wednesday to apply the nation’s sovereignty in ancient Hebron during a ceremony to mark the 90th year since 67 Jewish Hebron residents were slaughtered by rioting Arabs in the 1929 pogrom in the Biblical Judean city.

For the first time in history, Prime Minister Benjamin Netanyahu, President Reuven Rivlin and the Speaker of the Knesset, Yuli Edelstein, Yuli Edelstein all arrived in Hebron on the same day, gathering with others to mark the 90th year since the 1929 Arab riots that led to the expulsion of the Jewish community by the ruling British.

Netanyahu made history as well by becoming the first Israeli prime minister to deliver a public address in Hebron.

(video below is in Hebrew)


An official state ceremony was held at the Tomb of the Patriarchs and Matriarchs, which Jewish tradition records as the burial site of the biblical couples Abraham and Sarah, Isaac and Rebecca, Jacob (Israel) and Leah, attended by Prime Minister Netanyahu.

The prime minister spoke from inside a tent, and between bulletproof shields, allegedly in order to ensure there would be no photos taken of the prime minister and the Cave of the Patriarchs together in the background, according to a source in Jerusalem.

Netanyahu refrained from actively promising to apply full sovereignty to Hebron, focusing instead on the millennial presence of Jews in the ancient city, while also praising the Arab residents in Hebron of 1929 who risked their own lives to save their Jewish neighbors.

“We are not strangers in Hebron,” Netanyahu underlined, punching out each word. “We. Will. Remain. Here. Forever.

“We have not come to dispossess anyone, but no one will dispossess us either!” he emphasized.

Culture Minister Miri Regev also had no qualms about calling for sovereignty. Speaking at the ceremony, she reminded Netanyahu of his pledge to annex Jewish communities in Judea and Samaria and called for the annexation of Hebron, which is divided between Arabs and Jews.

Regev joined Edelstein – both of them members of Netanyahu’s Likud party – in calling on Netanyahu to apply sovereignty to the holy city.

“If there’s no Hebron there’s no Tel Aviv,” Regev said. “Tel Aviv’s right to exist is rooted in Hebron, where Avraham and Sarah are buried.”

Palestinian Authority Arabs hurled glass bottles at Israeli visitors who went to the Hebron cemetery for a memorial ceremony marking the 90th year since the deaths of the fallen Jewish residents of the city, a ceremony that was presided over by Speaker Edelstein.

Palestinian Authority Arab terrorists hurled rocks and glass bottles at vehicles with Israeli license plates on a segment of Highway 60 (Gush Etzion Highway) near the Cave of the Patriarchs. No physical injuries were reported, according to Hatzalah Without Borders, but there was no information about damage to the vehicles.

The Islamic Waqf Authority in Hebron, meanwhile, called on Muslim worshipers to attend prayer at the Cave of the Patriarchs as a means of protesting the prime minister’s visit to the city, according to a report by the Israeli Kan public broadcasting network. 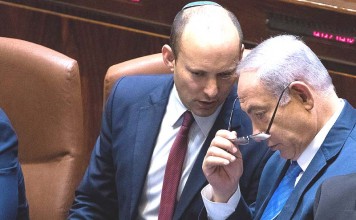 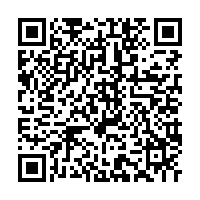