Tel Aviv is a founding member in a new effort pioneered by the Rockefeller Foundation to build “resilience” in cities around the world that are faced with social, physical and economic challenges that come “as an increasing part of the 21st century.”

The $164 million project, “100 Resilient Cities” (100RC) was launched this year as a global effort. Makin-Knafo’s position involves helping the city prepare for, withstand and bounce back from the ‘shocks’ of catastrophic events like earthquakes, fires, and floods and ‘stresses’ of slow-moving disasters like economic inequality, homelessness, and unemployment, which Huldai contends are increasingly part of 21st century life.

As Chief Resilience Officer, Makin-Knafo will report directly to Director-General Menachem Leiba and will oversee the development and implementation of a comprehensive ‘Resilience Strategy’ for the city.

“Tel-Aviv-Yafo is a fantastic global, growing, open and innovative metropolis. The city has long been dealing with its resilience,” said Huldai. “However, there is still more to learn and do for us as a society.

“To be a truly resilient society means also dealing with the social economic polarization, supporting weaker parts of the community, affordable housing and encouraging true solidarity across the Tel Aviv-Yafo communities.”

Tel Aviv-Yafo’s participation with the 100RC project officially launched in December 2016 with a “Resilience Agenda-Setting Workshop.” Makin-Knafo’s position is to be fully funded by 100RC.

The CRO position is specifically designed to break down existing barriers at the local level, account for pre-existing resilience plans, and create partnerships, alliances and financing mechanisms to address the resilience vulnerabilities of all city residents, with a particular focus on low-income and vulnerable populations.

“Efrat Makin-Knafo joins a network of peers from cities across the globe that will share best practices and surface innovative thinking,” said Michael Berkowitz, President of 100 Resilient Cities. “Efrat Makin Knafo will become a global leader in resilience, and will be an asset for Tel Aviv-Yafo and other cities around the world.” 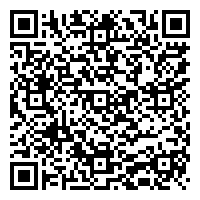