Rama: There are those who disagree and rule that the debt is entirely forgiven and that the lender has no claim against the other borrower (Tur in the name of the Rosh.) The halacha is that if the two borrowers explicitly stipulated that each was an arev kablan, for the debt of the other, such that the lender would be entitled to collect the entire loan from any one of them, then if he forgives the loan to one, the entire loan is forgiven and the other borrower is exempt too.


But if the two borrowers are not an arev kablan for each other, such that the lender may only collect half from each, then if he forgives the loan with the respect to one borrower, the loan is not considered forgiven with respect to the other borrower and the lender may collect the unforgiven half from him.

Ner Eyal: We have previously seen in Siman 77:1 that according to the Mechaber, if two persons borrowed from one lender each is deemed an arev, a guarantor for the obligations of the other. As such, all the laws of a guarantor apply. Accordingly, the lender may not collect the entire loan from one of the guarantors, but must collect half the loan from each. An exception to this is if the two borrowers explicitly stipulated that each was an arev kablan for the debt of the other. In that case, the lender can collect the entire loan from any of the two borrowers he chooses.

Although this is the opinion of the Mechaber, it is not, as the Rama points out above, the opinion of the Tur and the Rosh. According to them, even if the if the two borrowers did not explicitly stipulate that each was an arev kablan for the other, this is implied. Accordingly, the lender is always entitled to collect the entire amount of the loan from any borrower he chooses. The borrower who paid the entire loan would, of course, have a claim for reimbursement against the co-borrower for the amount he repaid on his behalf.

This being the halacha according to the Tur and the Rosh, if the lender waived all claims he has against one of the borrowers under the promissory note, since he could have sued either of them for the whole amount, it follows that he has waived his claim against both. The entire loan is deemed to be discharged. The lender cannot argue that he forgave the loan in favor of one of the borrowers only but retained the right to claim it from the other borrower whom he did not forgive.

There are two reasons for this. First, by using the language “I forgive all claims under the note,” he has wiped out the obligation entirely. Second, there is a rule that if one partner requests forgiveness of a loan from the lender, he is deemed to be requesting it as an agent of the partnership and the other partner, not just for himself. If the lender accedes to the request and forgives the loan, he has forgiven the partnership and therefore cannot proceed against either partner. 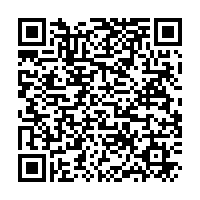