Purim is the time of V’nahafoch hu – an upside-down time when nothing is quite what it seems to be and surprises go viral. It’s supposed to teach us, among other things, that it’s G-d Who is running the show and making the final decisions, not us. But the truth is that we live in an upside-down world all year long, not just on Purim.

Just think… how many things turned out the way you planned? We muddle through life as best we can, planning, fixing, arranging and deciding only to discover that some utterly unrelated or unexpected occurrence falls from the sky or seeps in from some hidden nook and cranny and everything gets turned on its head. Sometimes it’s for the best and sometimes it’s catastrophic! All our planning and arranging comes to naught as we learn that life is like Purim – full of unwelcome surprises and undreamed-of blessings.

*That long awaited first shidduch meeting turns out to be a real dud… Nonetheless, the couple is encouraged to meet again and guess what? Two months later, they decide to go for it.

*You missed the first prize of $10,000 in the Grand Day School Raffle by one measly number. You didn’t really expect to win that raffle anyway and everyone thought you were such a good sport about not getting it.

*After standing and baking twenty-four super fancy cupcakes, it poured on your son’s birthday and the party had to be cancelled… but you had twenty-four fancy, delicious cupcakes ready and waiting for Shabbos desert!

*That expensive new dress you bought doesn’t look as good at home as it did in the store but you can’t return it because it was on Final Sale… your sister, however, loved the dress. It was a perfect fit and she paid for it in full!

*You slipped and twisted your ankle on the first day of your vacation in a five-star hotel. The hotel upgraded you to a luxury suite and gave you an additional free day.

*You paid $500 for an exercise course and then proceeded to miss half the classes… but you learned an invaluable lesson. Never pay for a series of exercise classes upfront.

* Your car died on the way to work on the first day of your new job… but your boss’s flight was two hours late. You got there before he did and he was impressed with your patience and good humor.

You see, we’re never really sure what’s good and what’s not. One could say these are all “everyday” incidents that can happen to anyone, anytime. But what about the really big, mind-boggling events that are simply unexplainable…?

The momentary acceptance of the newly-declared State of Israel by the United Nations in 1948, thus giving international recognition to the first Jewish state in two thousand years. The U.N. changed its mind immediately afterwards but no matter. Unexplainably, it voted in favor!

Despite a sea of enemies determined to erase it from the face of the earth, the State of Israel continues to exist. Not only to exist, but to flourish. In 67 years it has become a major power in the areas of agriculture, technology, social action, medical research and innovation, and is probably the major Torah center.

Tiny Israel has survived six major wars (or more – depends how you count) plus intifadas, insurgencies, fedayeen, terrorists and constant danger. The only democracy in the Middle East, it has been censured in the U.N. for war crimes and the infringement of civil rights more than any other country in the world. Islamic terrorists in Nigeria, Syria, Iraq, India, and Yemen; tyrannical dictators in Saudi Arabia and North Korea; Hamas, Hezbollah, al Qaeda, ISIS, Boka Haram– all are in the minor leagues. As far as the U.N. is concerned, Israel is the source of all the world’s problems. (Isn’t it a wonderful feeling to know that Israel is so overwhelmingly powerful?)

After two thousand years, in a six-day v’nahafoch hu, Jews reclaim the city of Jerusalem and their rightful place in their divinely-promised ancestral land. No natural explanations suffice to explain the outcome of this war. Israel grows from 60,000 Jews in 1900, to 600,000 in 1948, to over 6,000,000 in 2015. (Over eight million if you include the Arab population.) That’s a Jewish growth rate of ten thousand percent in one century – an awesome, overwhelming rate of growth.

So many unexplainable, miraculous v’nahafoch hu’s! Although I suppose if you are a died-in-the-wool cynic, you could explain everything away and say these are all plausible occurrences, not miraculous events. But the story of Purim was also a chain of “plausible occurrences” over a period of nine years with nary a miracle to be found. G-d’s Name doesn’t appear even once in the Megillah. One event followed another in perfectly feasible, if threatening, succession and even the salvation at the end of the story could be explained as a “lucky” happening.

The miracle was that the Jews put one and one together and came to the conclusion that what they were seeing and experiencing was not luck, but the Hand of G-d, a realization that brought them to teshuvah and a renewed acceptance of the Torah. Chazal say it was a higher level of acceptance and understanding than they had experienced at Sinai!

Yet, miracles or not, some things never seem to change. Despite ten miraculous plagues, 80% of the Jews refused to leave Egypt and thus died during Makkas Choshech. Even the Jews of Shushan – despite the great v’nahafoch hu salvation they merited and recognized – did not bring the miracle of Purim to completion. They could have returned to Eretz Yisrael and participated in the rebuilding of the Second Beis HaMikdash but they chose to remain in Persia. Two thousand years later, in the 17th, 18th and 19th centuries, only a miniscule number of Jews grasped the opportunity to go to Palestine. The result was the devastating blow and major displacement of European Jewish communities in Europe during World War I. And when millions still chose to remain in Europe after WWI, the Nazis arose to slaughter, scatter and displace the remnants in WWII.

These past few decades have seen another v’nahafoch hu. Who expected the unsettling rise in anti-Semitism we are experiencing today? We thought the world had advanced and become more civilized. But unlike the past, today there exists a modern, thriving, sovereign Jewish state to offer refuge and respite and a chance to rebuild a future Mamleches Kohanim – a Kingdom of Priests. But the Jews in the lands of their Exile are still not ready. Their ties with the Land of Israel (those who have not yet assimilated) may be loving and strong, but they continue to remain in their seemingly safe, comfortable homes across the seas. 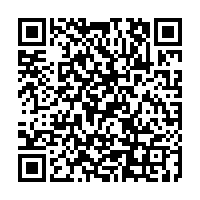