The words of the prophets resonate from a large white tent nestled in a redolent pine forest in the midst of the picturesque nature preserve of Oz Ve’Gaon at the Gush Etzion Junction. The “Havruta” Beit Midrash for Women was established this year as a joint initiative of the Women in Green movement, the Be’Or Panecha Beit Midrash and the Gush Etzion Community Center, bringing together women from Efrat, Gush Etzion, Jerusalem, Kiryat Arba and Hevron.

Over the course of the year, four different classes in Nach (Prophets and Writings) were offered on Tuesday mornings by outstanding lecturers, many of whom introduced a chassidic flavor to the study of the ancient texts and classic commentaries. Special early evening lectures for the general public on topics revolving around the Jewish calendar were given in the framework of the Beit Midrash by Rav Dov Zinger, Rosh Yeshiva of Yeshivat Mekor Chaim, and by Racheli Fraenkel, a halacha and Talmud teacher at Midreshet Bina and Matan, and the mother of Naftali, one of the three boys murdered in 2014.


“We want the sound of Torah to be heard in Oz Ve’Gaon, connecting to the soul, to the Land of Israel and to the People of Israel, speaking to everyone in its varied keys and ascending heavenward in perfect harmony,” said Yehudit Katsover and Nadia Matar, co-heads of Women in Green.

The location is a reflection of the desire to strive for “tzmicha mi’toch ke’ev, or growth from pain, (Growth from Pain) as a large sign in front of a forester’s house from the Jordanian period there proclaims. On July 1, 2014, after the discovery of the murder of the three boys (Gil-Ad Shaer, Ayal Yifrach and Naftali Fraenkel, Hy”d – Gaon is a Hebrew acrostic of their names), Nadia Matar and Yehudit Katsover, with the encouragement of the local Gush Etzion council, decided to create a Jewish presence in the forest near the Gush Etzion junction. Driven by the sense of the fulfillment of a Zionist mission, they have worked tirelessly during the past three years to develop the historic area into the bustling, impressive center of education, culture and tourism it has become today. The goal of the Oz Ve’Gaon Nature Preserve is to strengthen the bond between the Jewish people and the Land of Israel with an emphasis on Zionist values, ecology and social activity.

Plans are underway for an exciting new schedule of classes to begin after the chagim. Women throughout the world are invited to join and become virtual members of the Beit Midrash. All classes (in Hebrew) are video recorded and archived on the Women of Green YouTube channel. This is another step forward towards fostering unity among Am Yisrael, in memory of the three boys. For more information visit www.womeningreen.org.

What better place could there be to study Tanach than in the inspiring setting of the Oz Ve’Gaon Nature Preserve, where the words of the prophets come alive? We are fortunate to have the opportunity to witness the realization of those words with our own eyes in the heart of Eretz Yisrael. 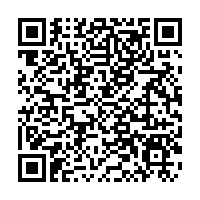