I was fortunate to spend Purim in Israel in my sister’s community of Ginot Shomron with a large number of Anglo-Saxon religious Zionist families at the Young Israel of Neve Aliza, where I observed an interesting “custom” I am told is also found in other Israeli shuls.


At the end of the kriat hamegillah (for which almost all, young and old, came in costume), everyone enthusiastically “graggered” when the first pasuk of the final perek was read: “Vayosem Hamelech Achashveirosh mas al haaretz….”

I assumed that since Achashveirosh was a bad king, perhaps his name deserved to be drowned out at least once.

I was wrong. It turns out that everyone was drowning out and booing the word “mas” (tax), to show what they thought of the high Israeli taxes!

Depending on what happens later this year with President Trump’s promise to lower taxes, this “minhag” may be worth considering next Purim.

I was so impressed with Prof. Jackson’s piece that I presented it to our Current Events Discussion Group at the Freda Mohr Senior Center here in Los Angeles. (Most of the members are Jewish.) Everyone appreciated learning about Ambassador Haley – her life, accomplishments, and beliefs. We discussed the article at length and I intend to keep that page for future reference.

President Trump made a super appointment when he named Ms. Haley our ambassador to the UN. Our group even talked about her running for president – wouldn’t that be something!

Several people asked where they can get copies of The Jewish Press. I’ll bring subscription information to our next meeting.

As a navy veteran and a strong supporter of our military I commend President Trump for initiating a program to rebuild our military with a defense budget increase of $54 billion (but I feel it should be decreased by $1.3 billion and that $1.3 billion added to the Coast Guard budget within the Department of Homeland Security).

Our military has dramatically shrunk and been neglected in recent times. Although we have increased the capabilities of our military through technological advances, we have downsized our forces and have not adequately replaced worn out equipment.

Potential adversaries continue to build up their military forces. Iran has a large army and continues with its missile development program. North Korea continues to test long-range missiles and develop nuclear armaments.

The two significant potential adversaries are China and Russia. China has a huge army, is adding to its air force, and is building up its navy, including aircraft carriers and submarines. China lays claim to the South China Sea and has established island bases in the region, which our navy will have to contest. Russia is rebuilding its navy and maintains a large army and air force, and it continues to threaten Europe.

Trump should continue to rebuild our military so we can meet the military challenges in the world, preserve our national security, and keep the peace.

Now if only he would stop his unpresidential tweets and concentrate on the important matters that impact our national security and our economy!

“In their statutes you should not follow” (Parshas Achre Mos) is a fairly explicit commandment in the Torah. Whenever someone, especially on the religious right, doesn’t want you to do something, they evoke this commandment, claiming your action is “too goyish.”

When someone, especially on the religious left, thinks something is OK, they argue that “statutes” only refers to something that has no great logic to it. So what exactly does the law ban and what does it allow? It obviously depends on whom you ask.

At 2 a.m. on March 12, Americans in many states changed their clocks, moving them one hour ahead for Daylight Saving Time. It’s now darker outside when you get up in the morning, and lighter as you head home in the evening.

There are really two separate questions. “Why Daylight Saving Time?” is fairly easy to explain, even though some states don’t follow that process. And there is actually a movement in some eastern New England states to keep Daylight Saving Time all year long. The second question, “Why on March 11?” as opposed to a week earlier or a week later, is much harder to explain.

Perhaps, then, changing the clock, especially on that particular day, is an example of “in their statutes you should not follow.”

It would seem to me that all observant Jews should consider banding together (next year) and refusing to change their clocks on the government-specified date. It doesn’t have to be a permanent refusal. Maybe just a week or two.

What would happen? Within the Jewish community, prayer service times would be announced at the old time slots, Eastern Standard Time. So would Jewish weddings (not that most of those start at the announced time anyway). Jewish schools would start and end on Eastern Time.

But what would happen externally is much more interesting. Every single observant man and woman in the work force would show up at work Monday morning an hour late. Observant doctors and dentists would see their patients starting an hour later than the general medical community. Jewish-owned stores would open an hour late. I’m not necessarily against those observant Jews telling their patients and clients they haven’t switched times. That’s just common courtesy.

Earlier this month, on International Women’s Day, women across the country were urged (perhaps because of Trump’s ascendancy) to stay home or at least not to shop on that day; you know, let’s show America (and President Trump) how important women are to the American economy.

Well, imagine if observant Jews all came in an hour late to work and shop. I’m sure no one would notice in Montana or Idaho, but it might have an impact on rush hour in New York City, or even in Boston or Baltimore.

Fifty years ago there were a lot fewer observant Jews in this country, but there seemed to be many more Jews who kept the High Holidays and had Pesach Seders. Many of those people are gone, and some of their children unfortunately observe nothing. Back then, they used to say that if you wanted a seat to a sold-out Broadway show, the time to go was Kol Nidre night, because Jews of all levels of observance would not attend a Broadway show on Yom Kippur. That phenomenon no longer seems to exist.

Wouldn’t it be nice to show that religious identity for a week every fall and every spring by changing our clocks a week later than the rest of the country? Remember, “In their statutes, you should not follow.”

Harold A. Marks
(Via E-Mail) 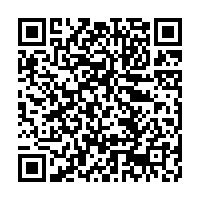