I am a Hebrew teacher in a Talmud Torah school in the mid-West.  I had a very strong Hebrew education and feel highly qualified to teach limudei kodesh in both a Bais Yaakov and a kiruv-type setting. However, this past week I was tested in a way I had never been tested before.  Although I am used to teaching younger students, I was asked to substitute for eighth graders in the morning, in addition to my regular third graders in the afternoon.


I came in the first day and there was a certain defiance from the seven girls in the class.  They refused to be included in the Shacharit davening because the boys said they really didn’t count.  I was stunned and asked one of the ten boys in the class to explain what they meant as it was completely not true. As the boys snickered in their seats, one said that they make the bracha she’loasani eesha and that meant that women were inferior and could not participate in anything of importance. It took me a full five minutes to quiet the screaming girls and laughing boys, some girls were in tears and had to be convinced not to leave the room.  It was important that I corrected this immediately, as this was clearly not the first time this argument was used to upset the girls.

I told the girls that this particular bracha was not denigrating to women. I explained that both genders have specific roles and neither is more important than the other.  Men make this bracha because they know they cannot do the amazing things a woman does: bear children, run the home and often hold down a full time job as well, take care of a family, be an adviser, a teacher, shop, cook, clean, etc. That is besides finding time to daven and build her relationship with Hashem. As I looked at the girls and could see the beginnings of pride in their eyes. There was now admiration rather then ignorance at their true worth.

On the other side of the room, the boys had stopped snickering and soon a lively discussion took place. After a short time, we were able daven Shachrit with respect for each other and our roles in Hashem’s world.

I bring this to the attention of your readership because we have a hard time seeing women and girls as people of value, people who have made unbelievable contributions throughout history. Male teachers, and men in general, are quite content in celebrating the myth that woman do little more than bear children and cook dinner.

I would add one more observation, completely my own, that when Hashem created woman, He fixed all the flaws He found in Adam and made Chava as near to perfect as humanly possible.  We are the new, improved model of the first, flawed prototype but without his swelled ego!

I read through your letter with absolute agreement, but had to laugh out loud at your “personal observation” ending.  I, too, remember thinking that this bracha was belittling and asked my beloved father, a”h, why Hashem would pick this way to express the worth, or lack thereof, of the female gender.  “Look at me, straight in my eyes,” he said as he took my face in his hands.  “I would be nothing and no one without your beloved mother.  It was her tefillos that allowed us to survive the Gehenom of the concentration camp, of this I am sure. It was thoughts of her strong emunah and bitachon in HaKadosh Baruch Hu that got me through my darkest days. I want you to always remember how special you and your gender are, how beloved you are in the eyes of Hashem, that He listens to your voices when you call to Him, He understands your heart and He knows your mind because He created you to be the conduit between mankind and Himself.”

No one has ever explained it better before, or since and I never thought I was second best to anyone.

It is every mother’s duty to enforce this thought in her daughters so that no one ever makes them feel any less. As is happening today when women are made faceless in ads, excluded from honorary photographs alongside their husbands, or simply made to feel like second class citizens to the supremacy of ignorant, foolish and/or egotistical men.  And to the husbands, fathers and men who may choose to devalue us I say, hire and pay for each service a woman performs on a daily basis 24/7 twelve months of the year. According to a survey done on just this subject, the total came to $294,000. 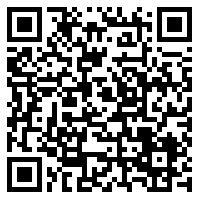