Chazal taught us what there is to know concerning the chagim – their stories, messages, halachos and customs. But I have my own personal take on chagim. Each speaks to me in a different mode or pattern. Each has its own imprint, taste, stamp, sound, trait, characteristics, message or music. In my ears, the chagim sing the song of Zion.

Rosh Hashana is an exception. It’s not a “Jewish” holiday per se; it’s universal. It’s the time when the entire world is judged. It reminds us that we are but an infinitesimal part of a tremendous whole. The new year is determined for each Jew personally, but also for the rest of humanity. We sometimes forget that Hashem is the Father of the entire world, not just the Jewish People. On Yom HaZikaron – Rosh Hashana – we remember. But the sweet taste of honey and pomegranates belongs exclusively to us… His children!

Yom Kippur, On The Other Hand, is highly personal. It targets me as I stand alone before the Almighty. I suppose that’s why it’s so intense. We are obviously more involved with ourselves and those closest to us than we are with the world at large. Although we blend into the fabric of Am Yisrael, each of us stands chillingly alone before our Father in Heaven as we beg for personal forgiveness and our personal welfare. It’s the one day we can truly, undisturbingly turn to God. Yom Kippur is the color white – transparent, pure, luminous. Like our souls.

Pesach Is A Birthday And a Beginning For Am Yisrael. It’s exciting and inspiring as we set out on our Great Journey into the Unknown. Lechtech acharai bamidbar… Like children holding God’s Hand, so to speak, we are led, guided, pushed out of Galus Mitzrayim in order to fulfill our Divine destiny, receive the Torah and return home, to our Promised Land. Like children, we are given detailed, specific, ordered instructions – everything in its proper “Seder” – guiding us along. Pesach is a breath of fresh air. It brings the spring – that great annual reawakening. We remove the chametz from our homes, dust off our souls and emerge into a dewy, new world, free to serve Our Father in Heaven. Pesach is china dishes and new clothes and buds and birdsong. Pesach is the Aliya LaRegel to the Beis HaMikdash. If we aren’t there yet, then we declare: Leshana HaBa’ah Bi’Yerushalayim Habnuya!

Shavous Is Two Mountains – Har Sinai and Har Habayis. Matan Torah and Bikkurim. Two different scenes, two parts of one. Thunder, lightning, and overwhelming fear as we huddled under Sinai and received the absolute, blinding, direct Word of God. Joyous masses of Jews marching up to Har Habayis amidst song and celebration, bringing the Bikkurim to the Beis HaMikdash. It is difficult, if not impossible, for later generations to conceive of the overwhelming awesomeness of standing at Har Sinai, and it is difficult for us today to imagine the overwhelming joy of bringing Bikkurim to Yerushalayim. And what are Bikkurim if not the physical expression of the bounty and blessing of Eretz Yisrael?

Sukkos Is The Epitome Of Joy… Am Yisrael In Eretz Yisrael. We began with a journey in the desert under the Divine Clouds of Glory and came safely and lovingly to the Divine Presence in Eretz Yisrael. Sukkos is the gathering in of the summer harvest and the second Aliya La’Regel. It is the embracing walls of the sukkah and the fragrance of esrogim and green lulavim. It is a celebration of water and the life-giving gift of rain, the time when wispy clouds appear in the heretofore clear, blue skies of Eretz Yisrael. It’s the flowing Gichon Stream and Simchat Beis HaShoeva. It is overflowing joy and thanksgiving, the only chag when we are specifically commanded to rejoice. Sukkos is a holiday of Am Yisrael at home in its Land.

Chanukah Is Family, Faith And Miracles In The Holy Land. It is my father lighting our menorah many decades ago. Two silvery lions held up four candles on either side and a tall, lone, torch-like shamash stood guard above them all. The shamash morphed into another father figure – Mattisyahu – and the candles became his sons and their small, bedraggled, outnumbered army, determined to keep the lights of Torah burning and the Beis HaMikdash pure. They were our soldiers of fire and faith. What began as a family became the army of a nation. Today, their descendants are still with us, better equipped and uniformed, sometimes less cognizant of their Divine mission, but still being moser nefesh to protect God’s holy nation in His holy land. The family of Avraham Avinu continues its mission.

Purim Means Masks. It Is The Hidden Hand Of God (amidst the balagan and the noise…) bringing light and joy into the darkness of the Exile. Eretz Yisrael is in ruins, and a powerless, fragmented people is dispersed throughout a huge, foreign empire. But even in the darkest nights of our exile, Hashem is always behind the scenes, directing the Theater of the World. Purim is a time of emunah, when faith is tested and hopelessness and fear unexpectedly turn to physical salvation and joy. Purim reminds me not to give too much credence to the daily news, not to give up on Mashiach. The Jews of Persia remained in exile so that Purim was only a partial salvation, but the complete redemption will come. Unexpectedly, but it will come. Am Yisrael will yet return en masse to rebuild the House of G-d.

Like the threads on a loom, the chagim weave a thick, rich tapestry of faith and kedusha. They tell the story of Torah, Am Yisrael and Eretz Yisrael crossing paths and seemingly wandering in many different directions. But in the end, the separate parts will all meet and unite, and the oorah v’simcha will light up the world. 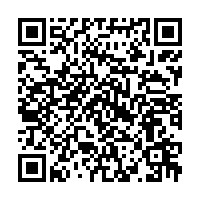