According to a report in Vanity Fair, while he served as White House chief strategist, Steve Bannon heavily lobbied President Trump to move the U.S. embassy from Tel Aviv to Israel’s capital, Jerusalem, but the move was blocked by Jared Kushner, President Trump’s son-in-law and senior adviser.

The magazine revealed that Bannon pushed a tougher stance against the PA, which pays salaries to terrorists imprisoned in the Jewish state for committing violent acts against Israelis and routinely incites against Israel.

Vanity Fair reported: “Bannon, they say, lobbied Trump aggressively to move America’s embassy in Israel from Tel Aviv to Jerusalem, but was blocked by Kushner. And, according to three Bannon allies, Bannon pushed a tougher line against the Palestinians than Kushner did. In May, when Palestinian President Mahmoud Abbas visited the White House, Bannon stayed home. ‘I’m not going to breathe the same air as that terrorist,’ Bannon texted a friend.”

A book on terrorism endorsed and touted by H.R. McMaster, the White House National Security Adviser, calls Hamas an “Islamist political group” while failing to categorize the deadly organization as a terrorist group, and refers to al Qaeda attacks and anti-Israel terrorism as “resistance.”

The work frames jihad as largely peaceful “means to struggle or exert effort,” such as waking up early in the morning to recite prayers. It argues that groups like al Qaeda and other terrorist organizations have hijacked the concept of jihad to wage warfare using such tactics as suicide bombings.

The book, reviewed in full by this reporter, was authored by U.S. military officer Youssef H. Aboul-Enein, and is titled Militant Islamist Ideology: Understanding the Global Threat.

McMaster provided a glowing blurb for the book jacket, referring to Aboul-Enein’s book as “an excellent starting point” for understanding terrorist ideology. McMaster also promoted the book in ARMOR, the journal of the U.S. Army’s Armor Branch, published at Fort Benning, Georgia, where McMaster served as commanding general at the Ft. Benning Maneuver Center of Excellence.

The book may offer a primer into critical national security views held by McMaster, who has claimed that Islamic terrorist organizations are “really un-Islamic” and are “really irreligious organizations” who cloak themselves in the “false legitimacy of Islam.”

Throughout the McMaster-endorsed book, Aboul-Enein struggles to properly categorize Hamas; but at no point does he call Gaza’s murderous Islamist rulers a terrorist organization. At one point, Aboul-Enein differentiates between “militant Islamists” and Hamas, grouping the latter among “Islamist political groups.” In the book, Aboul-Enein also refers to the deadly terrorism of al Qaeda in Iraq as “resistance.”

Aboul-Enein frames jihad as a largely peaceful “means to struggle or exert effort,” a term that has been hijacked by “militant Islamists” to wage extremist warfare. Aboul-Enein posits, for example, that jihad “can be as simple as struggling to get up in the early morning to say your dawn prayers or struggling to learn and improve yourself spiritually or intellectually. It also can mean struggling in the path of God, which does not necessarily mean engaging in warfare but might be making time to teach Islam to children or providing financial support for an Islamic project.”

Aboul-Enein also proposes strange ideas about how the U.S. military should handle the Koran. For example, he demands that any American soldier who “desecrates” the Koran be ejected from the foreign country of deployment, relieved of duty, and turned over to a military judge for “punishment.”

“Desecration” of the Koran, according to the book, includes such acts as “letting the Koran fall to the ground during a search, or more blatant instances.”

Aboul-Enein recommends that “desecrations” of the Koran should be “quickly acknowledged, with unconditional apologies and reassurances to the public that the accused do not represent the United States or its military, that they have been ejected from the country and referred to their service’s judge advocate general for punishment.”

Aboul-Enein points to a May 2008 incident in which a U.S. Army sniper reportedly used the Koran for target practice. He upheld the response by Maj. Gen. Jeffrey Hammond, commander of U.S. forces in Baghdad, as forming, in Aboul-Enein’s opinion, the minimal official U.S. military reaction to such desecrations.

The response included an “apology ceremony” at which a U.S. official kissed a copy of the Koran before presenting the text to the local community as a “humble gift.”

Aboul-Enein writes that Hammond took the following steps, “which in my opinion formed the basis by which American officials and Iraqi tribal leaders fighting al-Qaida can at least alleviate the emotionalism of such an event”: 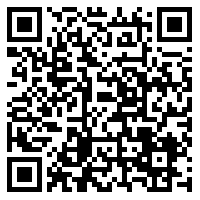