Nine Facts On Comey In The Russia Probe

James Comey took to Twitter on Saturday to respond to an earlier tweet by President Donald Trump about the Russia probe, with the former FBI director exclaiming that the “American people will hear my story very soon. And they can judge for themselves who is honorable and who is not.”

Comey was responding to Trump’s charge that the ex-FBI chief was aware of illicit activity at the FBI regarding the probe into unsubstantiated claims of Russian collusion.

Below, in no particular order, are nine major problems with Comey’s actions in the Russia probe. This while he tweets about determining who is “honorable.”

2 – Comey reportedly did not tell the FISA court that Steele’s dossier was funded by Hillary Clinton’s 2016 presidential campaign and the Democratic National Committee (DNC).

3 – Comey’s FISA application reportedly did not inform the court that Steele had been hired by Fusion GPS.

5 – Comey cited the dossier in the FISA applications to monitor Page even though he personally called the information contained in Steele’s dossier “salacious and unverified” months later.

6 – Comey cited the Steele dossier in the applications to monitor Page even though, as the GOP Intelligence Committee memo related, his own FBI determined the document was “only minimally corroborated.”

7 – Comey admitted to pushing back against a request from Trump during a January 2017 dinner to possibly investigate the origins of claims made inside the dossier. However, according to the GOP memo, senior FBI officials already knew the political origins of the dossier months before Comey met with Trump.

8 – Comey briefed Trump and Obama on the contents of the dossier in an official, formal classified briefing even though he knew the document’s political origins, his own FBI determined the document to be “only minimally corroborated”, and Comey himself later referred to the dossier as “unverified.” The briefing was subsequently leaked to the news media and started a flurry of publicity about the wild accusations inside the dossier.

9 – According to numerous reports, Comey’s FBI may have utilized a second dossier authored by Cody Shearer, a shadowy former tabloid journalist who has long been closely associated with various Clinton scandals.

Are There Really ‘Lone Wolf’ Attacks?

In the last few days, Israel was struck by at least three Palestinian terrorist incidents. On Sunday, a Palestinian terrorist in Jerusalem’s Old City repeatedly stabbed 32-year old Adiel Kolman, an Israeli and married father of four who died of his wounds hours later. Two days earlier, two Israeli soldiers were murdered and two more were wounded in a Palestinian car-ramming terrorist attack outside the Mevo Datan settlement in the West Bank. On Thursday, three explosive devices detonated near the Gaza-Israel border.

Friday’s car-ramming attack took place on the 100-day anniversary of President Trump’s historic announcement that the U.S. would move its embassy from Tel Aviv to Jerusalem, Israel’s capital city.

The terror stabbing and car-ramming rampages were described by some news media outlets in Israel as “lone wolf” attacks. However, as Defense Minister Avigdor Liberman noted earlier this week, “there is no such thing as ‘lone wolf terrorism.’”

“This is terror supported by Abu Mazen (PA President Mahmoud Abbas) and the Palestinian Authority, which pays money to the families of the terrorists. We will stop them,” he further declared.

Besides the terrorism from the last few days, Israel’s security agencies have thwarted scores of attempted attacks that could have been deadly. Many of those attempted attacks, including 200 reportedly thwarted in the past two months, were also described as “lone wolf” in nature. Questions need to be asked about whether the terror increase is related to the possibility of renewed pressure on the PA to come to the bargaining table.

Regardless of whether the PA was involved in the latest attacks and attempts, their hysterical reaction to the possibility of a forthcoming Trump Mideast plan once again exposes what is anyway clear for all to see – that the PA is uninterested in peace; they seek the path of destruction. 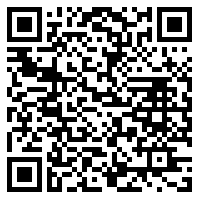